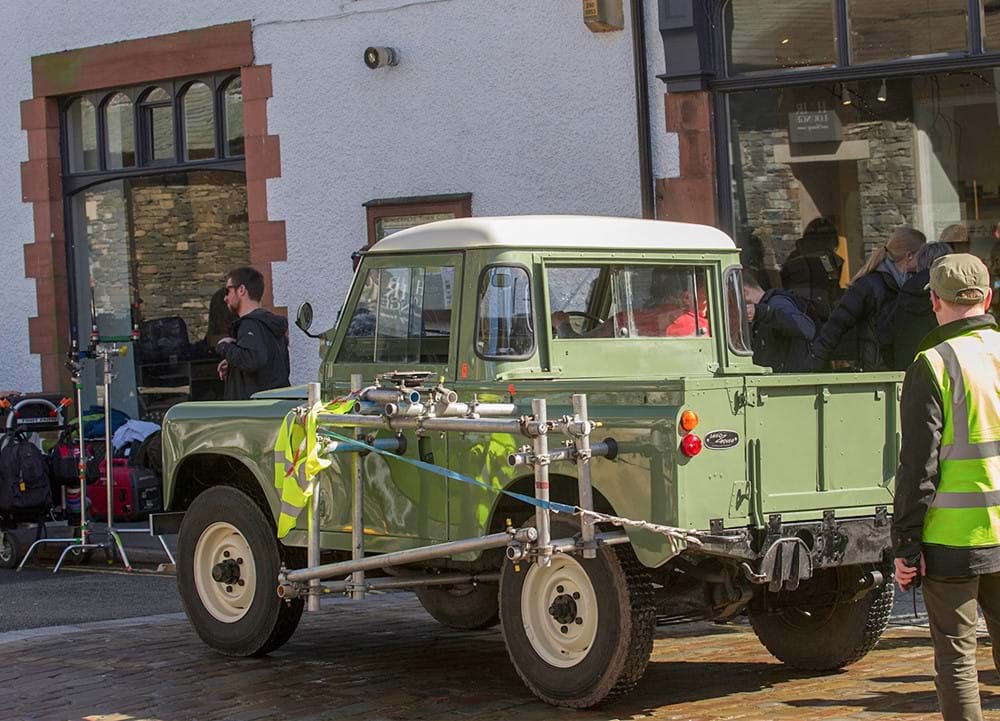 One of two Land Rovers used in the forthcoming movie 'Peter Rabbit' will be sold at the next H&H Classics sale at Duxford, the Imperial War Museum on March 21. It is estimated to sell for £10,000 to £15,000. TV or film provenance has proved to be a certain thing over the years when it comes to investment value and this Landrover with its link to the much loved children’s books will doubtless only appreciate.

The animated film was shot in Australia of all strange things and features Domhnall Gleeson (Mr McGregor) and Margot Robbie (Flopsy) and James Corden as Peter Rabbit himself. The Landrover is beautifully finished in pastel green with refurbished tan seats and it features a 2250cc petrol engine.

A sympathetic update of its much-loved predecessor, the Land Rover Series II was introduced in April 1958. Available with a choice of 2.25-litre petrol or 2-litre diesel engines, the Series II accounted for some 62,000 sales in its first two years of production. In 1961, the subtly upgraded Series IIA benefited from an improved cooling system and is thought to have been the most successful variant, with sales around 1969/70 believed to have reached 60,000 units a year.

The vendor confirms that this lovely-looking 88-inch Series IIA is something of a movie star; being one of two used in the forthcoming 3D live-action animated comedy film Peter Rabbit based around the famous characters created by Beatrix Potter.

The Landrover was used for location shots in the Lake District wearing a false registration. Mr McGregor, played here by Domhnall Gleeson in his feud with the famous rabbit voiced by James Corden will be released in UK cinemas shortly, having been on worldwide release since February.

Acquired from film vehicle suppliers Action 99 Cars, HJM 774H is powered by a 2.25-litre petrol engine and was manufactured in 1969. Finished in a most attractive shade of Pastel Green with Tan interior, it is said to drive as well as it looks and will be accompanied by a fresh MoT in time for the sale. The seats have been refurbished and the Landie is described as being in "excellent" condition regarding its bodywork, paintwork, engine and transmission with "very good" interior, the vendor noting it would however now benefit from new door window rubbers.

With values of Series One Land Rovers reaching giddying heights it cannot be long before the Series Twos follow and such a fine example with the added bonus of movie stardom is a very attractive proposition.

The vehicle is seen below on April 4th 2017 at Windermere Village in Cumbria on location for the Peter Rabbit film.