More Minis than The Italian Job... 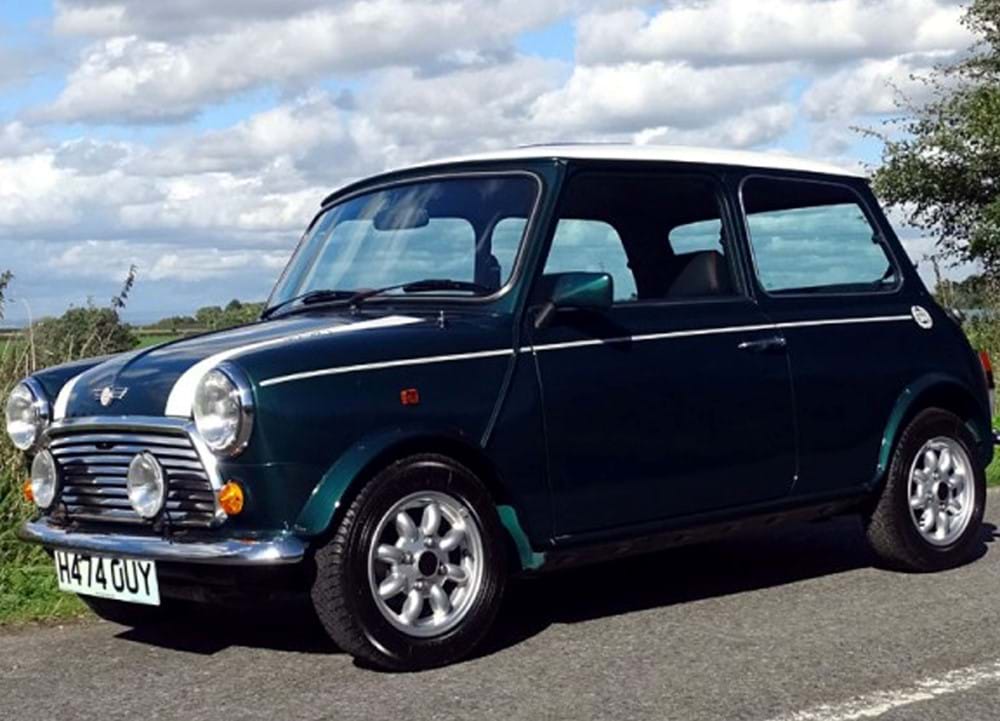 MORE MINIS THAN THE ITALIAN JOB, AND A BENTLEY TO HELP HEROES

For Sale with H&H Classics at Donington Park

Anyone who fancies gearing up for some ‘Italian Job’ style fun can indulge in a choice of no fewer than five Minis - two more than those in the movie – at the H&H Classics sale on November 16th at Donington Park.

The stars of ‘The Italian Job’ were three Mk1 Austin Mini Cooper S's, in red, white and blue. At the hands of the film stunt drivers, these cars became legends. Not many modifications were needed for the wow factor stunts as the Coopers were race bred and so were incredibly hardy. The only real problem that they posed for the stunt drivers was their low ground clearance.

H&H CLASSICS WILL OFFER THE FOLLOWING MINIS AT DONINGTON:

* A green and white 1990 Mini Cooper RSP,1275 CC, with black seats. Estimate £17500 to £22,500. Entered from a private collection this is something of a stunning time warp motorcar. It has had just two registered keepers from new with only 293 delivery miles on the odometer. It was purchased new in 1990 and dry stored since. It comes supplied with an original bill of sale, book pack & paperwork.

Despite their uniqueness the Mini only took off when celebrities like Paul McCartney and Twiggy bought theirs. Then the sales went crazy and in 'swinging' London it quickly became the coolest car to be seen in.

At the Donington auction H&H Classics will also sell a hand built long wheelbase Bentley Turbo sports saloon to benefit ‘Help for Heroes’. This lovely car has 34,080 miles from new. It comes in a stunning wild berry red with cream leather trim and maroon carpets and lamb's wool over-rugs. It has a full service history (16 stamps, last service at 33,875 miles / April 2016) MOT to January 2017. Road Fund License to May 2017. The car is described as being in excellent condition throughout and is estimated to sell for around £15,000 to £20,000.