This stunning evocation (copy) of the first Jaguar sports racer to be fitted with disc brakes which although privately owned by Tommy Wisdom was developed alongside the factory race cars, will be sold by H&H Classics at the Pavilion Gardens, Buxton on July 7th for an estimate of £40,000 to £50,000. 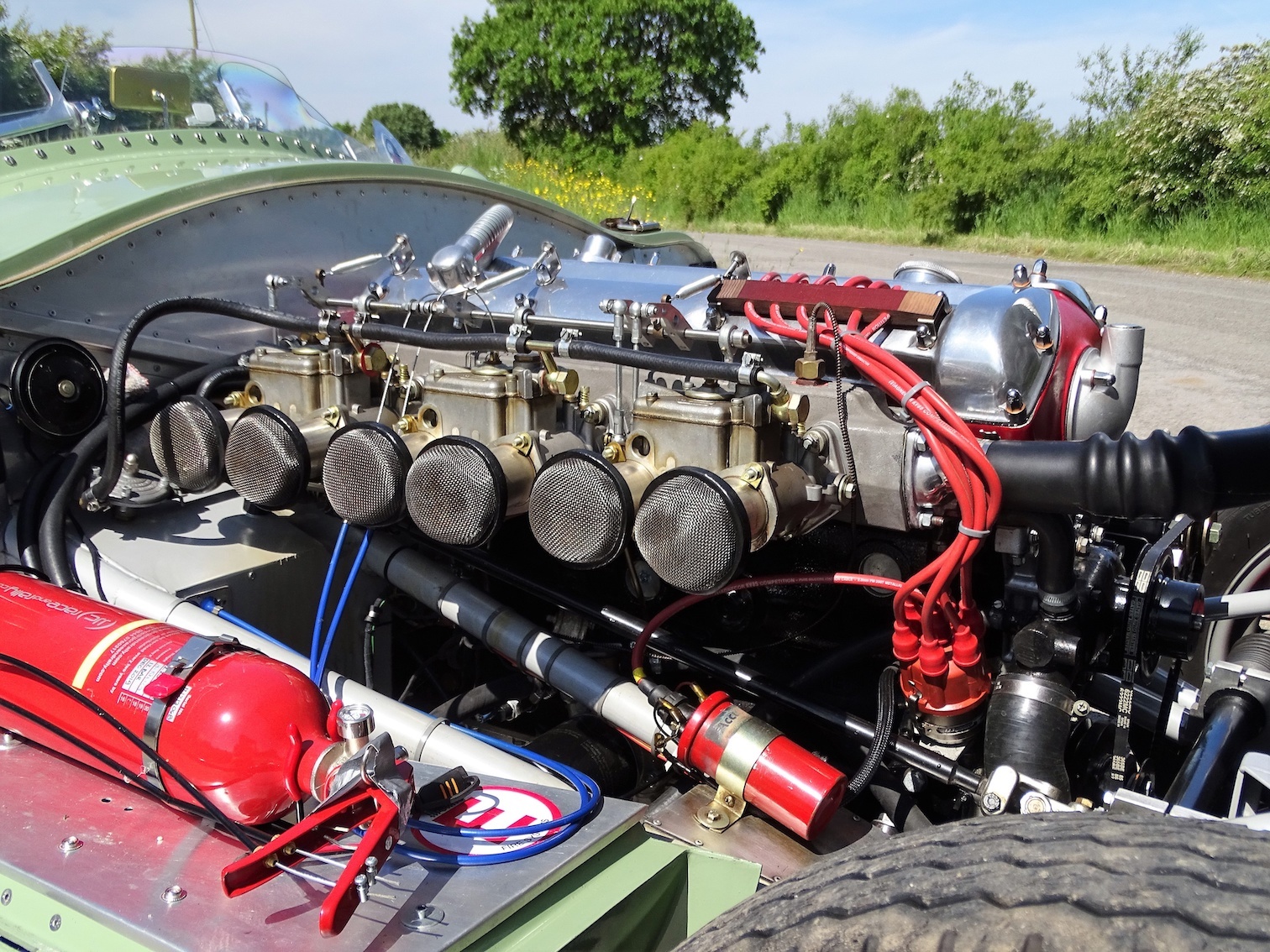 To fully understand the huge amount of work involved one must go to the build photos which are on file. These show the aluminium floor being rivetted in place and the fully independent suspension installed complete with uprated RAM adjustable coil-overs at each corner and various polybushes. Ward Engineering of Colchester supplied an overhauled differential, refurbished brake callipers (4-pot upfront) and new brake discs (vented front / solid rear). 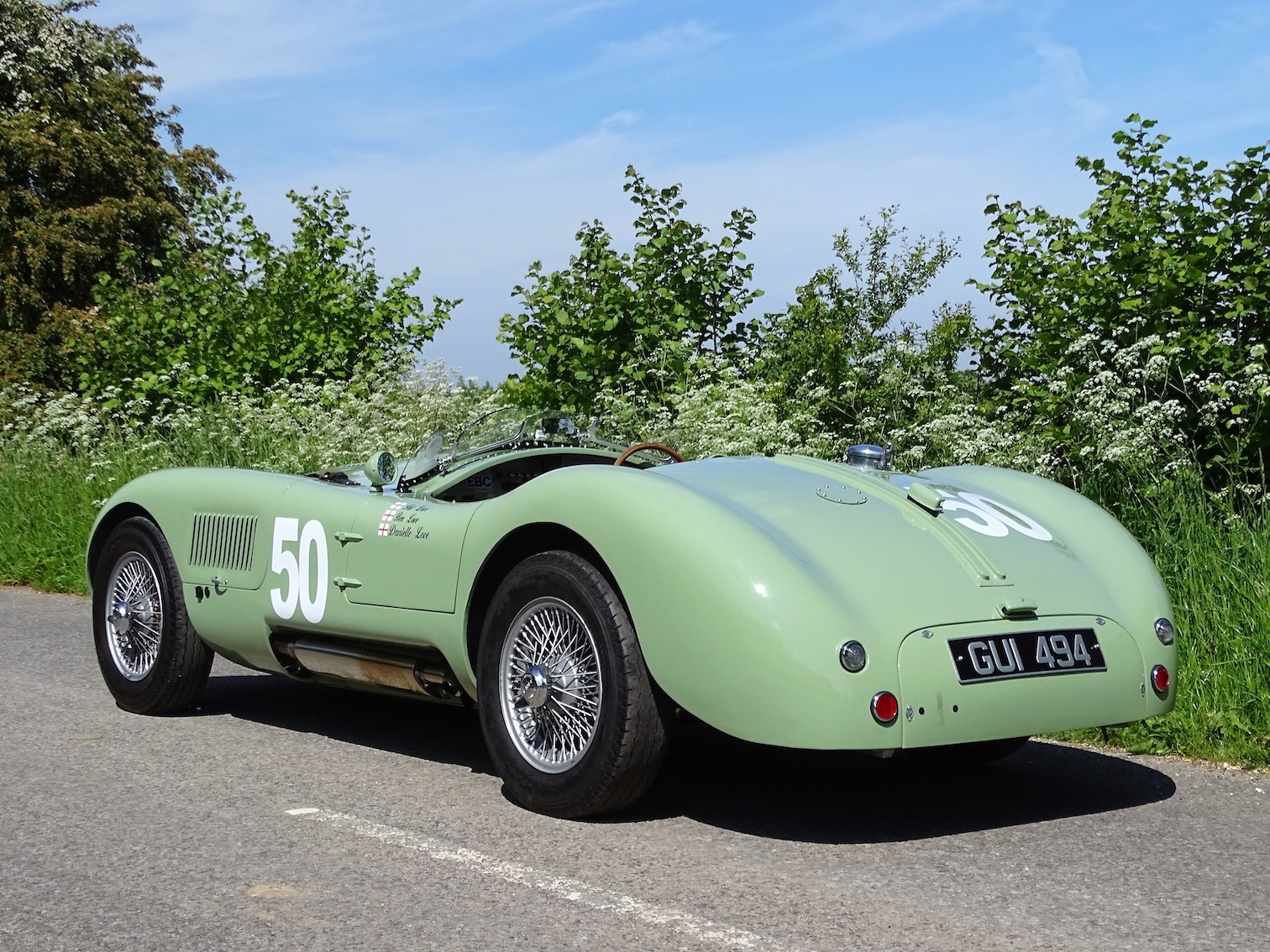 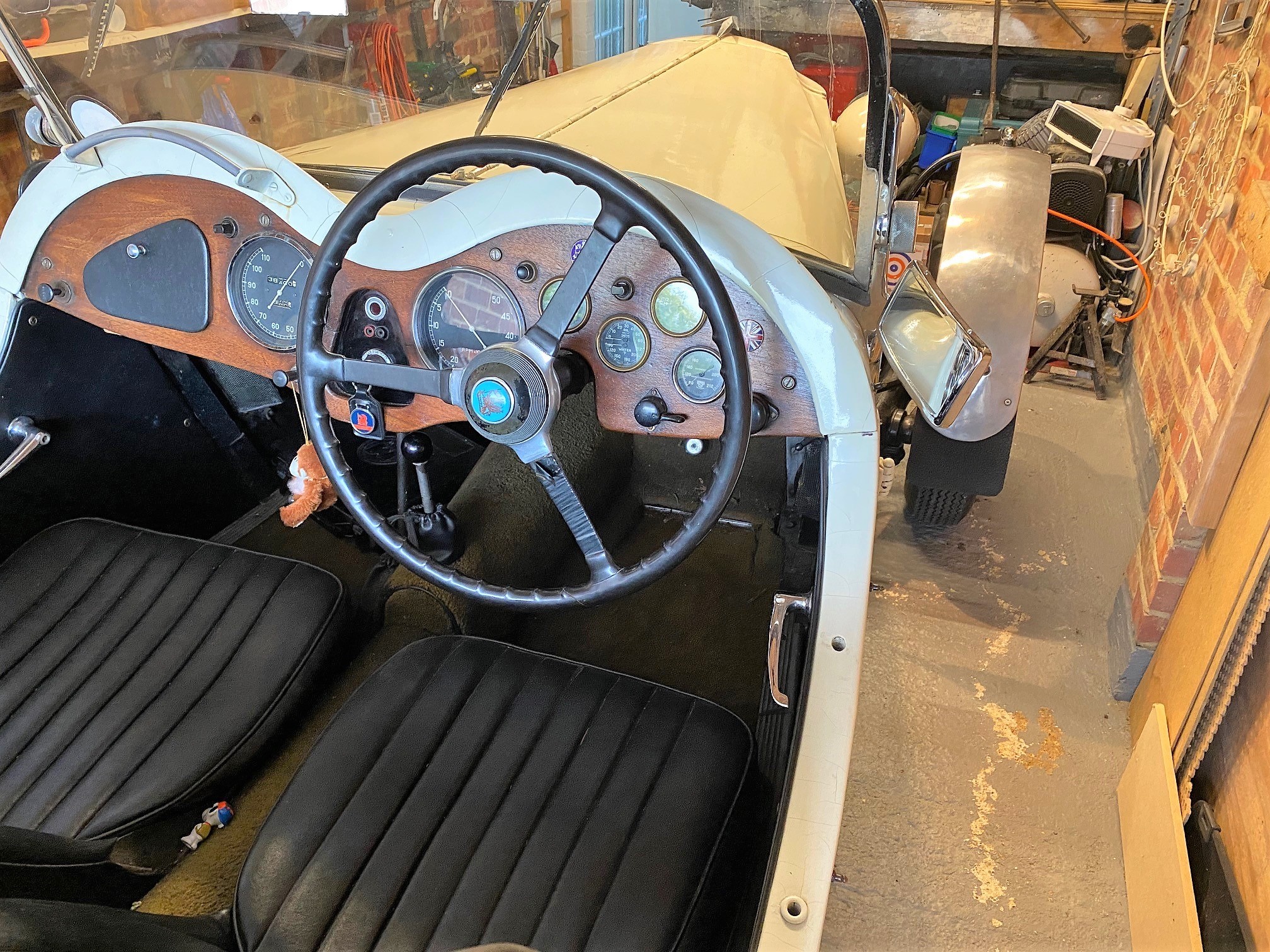 As well as aluminium louvres let into the top and sides of the bonnet, the two-seater sports a bonnet scoop (evoking the 1953 Le Mans cars) and spine light to illuminate the race numbers on its tail. A Perspex fly screen, Black double duck tonneau cover, quick-release fuel filler, bullet mirrors and Brooklands aeroscreens complete the exterior detailing. Professionally painted in Pastel Green by Pluckley Coachworks Ltd of Ashford to mimic Tommy Wisdom’s famous Works-supported car (XKC005) which was notable as the first C-Type to be fitted with disc brakes and achieved considerable success in the hands of Sir Stirling Moss and Michael Head, the Jaguar-powered machine rides on 16-inch painted wire wheels shod with Avon radial tyres. Passing an IVA test on 23rd September 2014, ‘GUI 494’ is correctly registered as a ‘Realm Heritage C-Type’. Understood to have covered some 4,500 post-completion miles including several European sorties but little used after its creator’s death during 2019, the car started readily upon inspection and ran well during our recent photography session. Offered for sale with V5C Registration Document, build history, Agreed Value Certificate of Insurance for £60,000 and hopefully a fresh MOT by the time of sale.

The newspaper he wrote for, the Daily Herald was a British daily newspaper, published in London from 1912 to 1964 It was published in the interest of the labour movement.