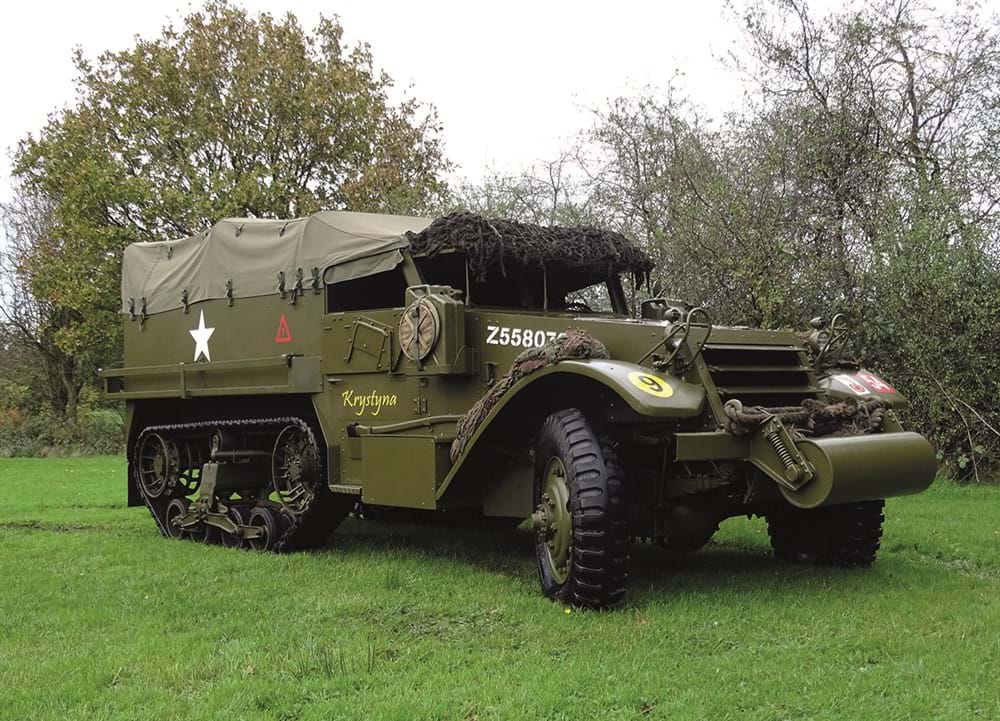 The Half-Track was used during the Allied liberation of Europe most likely by the Polish forces and was overhauled at the Mercedes-Benz Works in Germany once peace came before being seconded to the French Army who stationed it in French Guyana, South America for decades.

Brought back to France in the 1980s and sold to Belgian collector (and chateau owner) Mr Louis Amerijckx, it was acquired from the latter by Dutch enthusiast Ivo Rigter during Summer 1987 and treated to a 2,500-hour, 'chassis up' restoration over the next twenty-seven years!

The International Harvester’s massive 7.4 litre straight-six engine was overhauled by the Bugatti Works during the 1960s (and again as part of the refurbishment). Genuine parts were used wherever possible and sourced from all over the globe.

The vehicle is liveried in the markings of the Polish 10th Regiment Dragonders and as a tribute to the famous Polish SOE Agent Maria 'Krystyna' Janina Skarbek. Surviving WW2, she became a British Citizen and took the name Christine Granville. Amazingly, the Personnel Carrier is road legal and can be driven on certain kinds of car licences!

The Jeep was used in the European Theatre of Operations during World War Two and retains a bullet hole to its inner wing. It later saw service with the Norwegian Armed Forces for many years.

“It runs and drives well and has been to the D-Day beaches recently.”