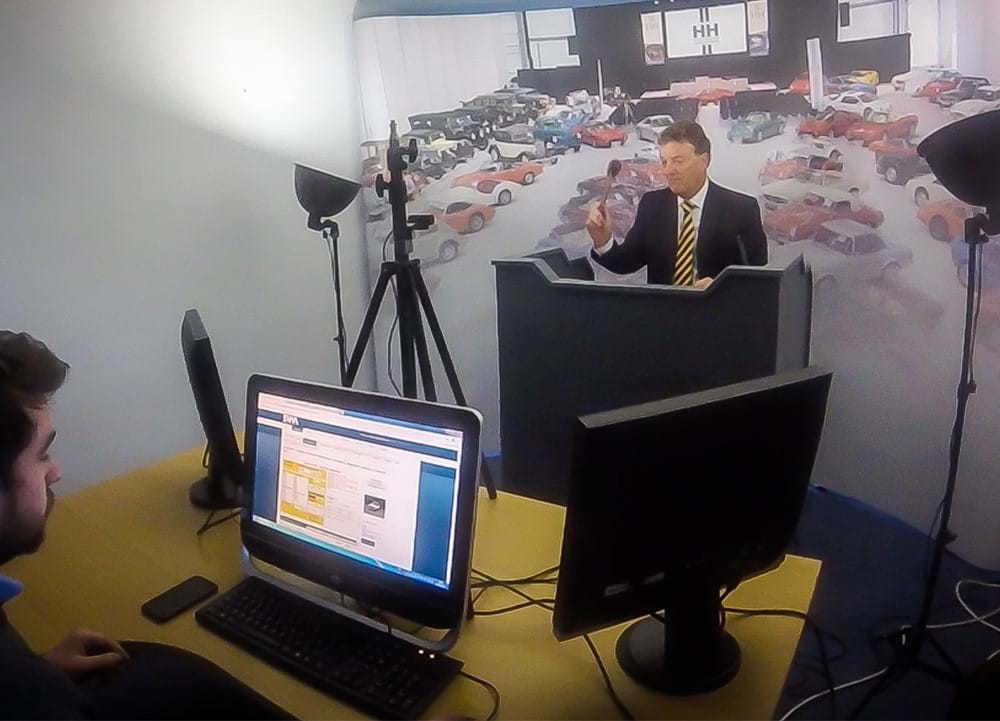 The detailed, ‘warts and all’ lot listings and images on the H&H website attracted over 48,000 unique users from all corners of the globe. The level of international interest was typified by the top seller, the extraordinary Barris ‘Snakepit’ dragster, which sold for £51,750 to a Qatari collector against opposition from America and Austria.

Unsurprisingly, the seller of the ‘Snakepit’ was not only delighted with the price (three times what her late father had paid for it) but also with the fact she had no transport costs to pay; a major consideration with such a unique vehicle. Indeed, such was the level of information provided in the Auction Online listings that only two buyers felt the need to inspect cars ‘in the metal’ before bidding.

The 553 people who participated in the sale were presented with a live webcast of H&H Chairman, and chief auctioneer, Simon Hope fielding conventional telephone and commission bids as well as those flying in from the internet. His efforts were rewarded with some exceptional prices including the £14,950 paid for a 1978 Ford Fiesta 950 – a new outright world record (though, the car in question was un-registered and had covered a mere 141 miles from new).

Simon Hope said after the sale: “H&H Classics have always been the market leader when it comes to introducing new technologies even as we embrace the best traditions of our industry. So it’s only fitting that we’re the first established, dedicated auction house to push these boundaries once again to offer a pure Auction Online. Today’s result is an absolute vindication of our faith in the future and of the latest technology. In essence we have simply opened our doors to the world. Why wouldn’t you want to do that? Had we relied today on a physical audience the snow and ice and traffic mayhem would have hurt the sale. And as it happened, our top bidder from Qatar had no problem in getting to us. So we can honestly say to sellers – we can offer you the world.”

The company’s twenty-six year trading history gave sellers and buyers alike a great deal of confidence in the process. The 0% surcharge on internet bidding was another key factor with H&H absorbing all the associated costs rather than passing them on to clients. With no price penalty for bidding online, not to mention the greater comfort and convenience when compared to attending a physical auction, the appeal of Saturday’s Auction Online was not difficult to fathom - in effect the Auction Online format gives buyers the same buzz, absentee bidding options (telephone or written) and competitive environment as a normal H&H physical venue auction but without the need to attend in person. Everything is exactly the same but the cars are not delivered to the auction.

Year-on-year growth in the number of cars and motorcycles that H&H Classics has sold online (35% during 2018) suggested that there was a demand for Auctions Online as did the huge success of the company’s internet presence.

H&H now boast an impressive rate of online traffic including a 6,500,000 annual reach on social media (2017) and average approximately 12,000 page views per day (2017-2018) and growing at a rapid rate – providing an active and evolving environment for both buyers and sellers to showcase their classic vehicles pre-sale.