H&H Classics ended their year with their best motorcycle sale ever with close to £2m worth of classic motorcycles sold at auction just five days before Christmas, on December 19th, live from the National Motorcycle Museum at Birmingham.

The auction featured the “National Motorcycle Museum Duplicate Collection” and the “Joe Ryan Private Collection”. The NMM collection doubled and in one case quadrupled the pre-sale estimates.

Mark Bryan, Head of Motorcycles at H&H Classics, says: “This was our biggest sale to date in terms of catalogue value. We were honoured to be chosen to handle the prestigious “National Motorcycle Museum Bikes” and the fabulous “Joe Ryan private collection”. It was a great finale to what has been a difficult year.”

For motorcycle enthusiasts the Brough Superior is the ‘Holy Grail’ of collecting. No less than four of this superior breed were offered tp be sold by H&H Classics at their Motorcycle Sale at the National Motorcycle Museum on December 19.

Mark Bryan Head of Bike sales at H&H Classics, says: “This motorcycle marque will be forever associated with T.E. Lawrence, known as ‘Lawrence of Arabia’ who bought one of the first Brough SS100s in 1925 having previously owned three Brough SS80s. The crash that would end his life came while riding another SS100, on a narrow road near his cottage in 1935.”

The 1925 Brough Superior SS100, pictured above sold for £184,000. It has an extensive history file with numerous letters, photos, receipts, related paperwork and detailed explanation on its provenance. It has the very sought after pre "Alpine Grand Sport" frame and is one of only possibly 20 known surviving examples and moreover was restored by Tony Cripps.

It features all the correct components including a "mouse trap" carburettor and is fitted with 1925 ex Brough Superior KTOR JAP OHV engine. In 2011 it was the "Baragwanath Cup" winner for best SS100 JAP at Brough Superior Club Annual Rally. 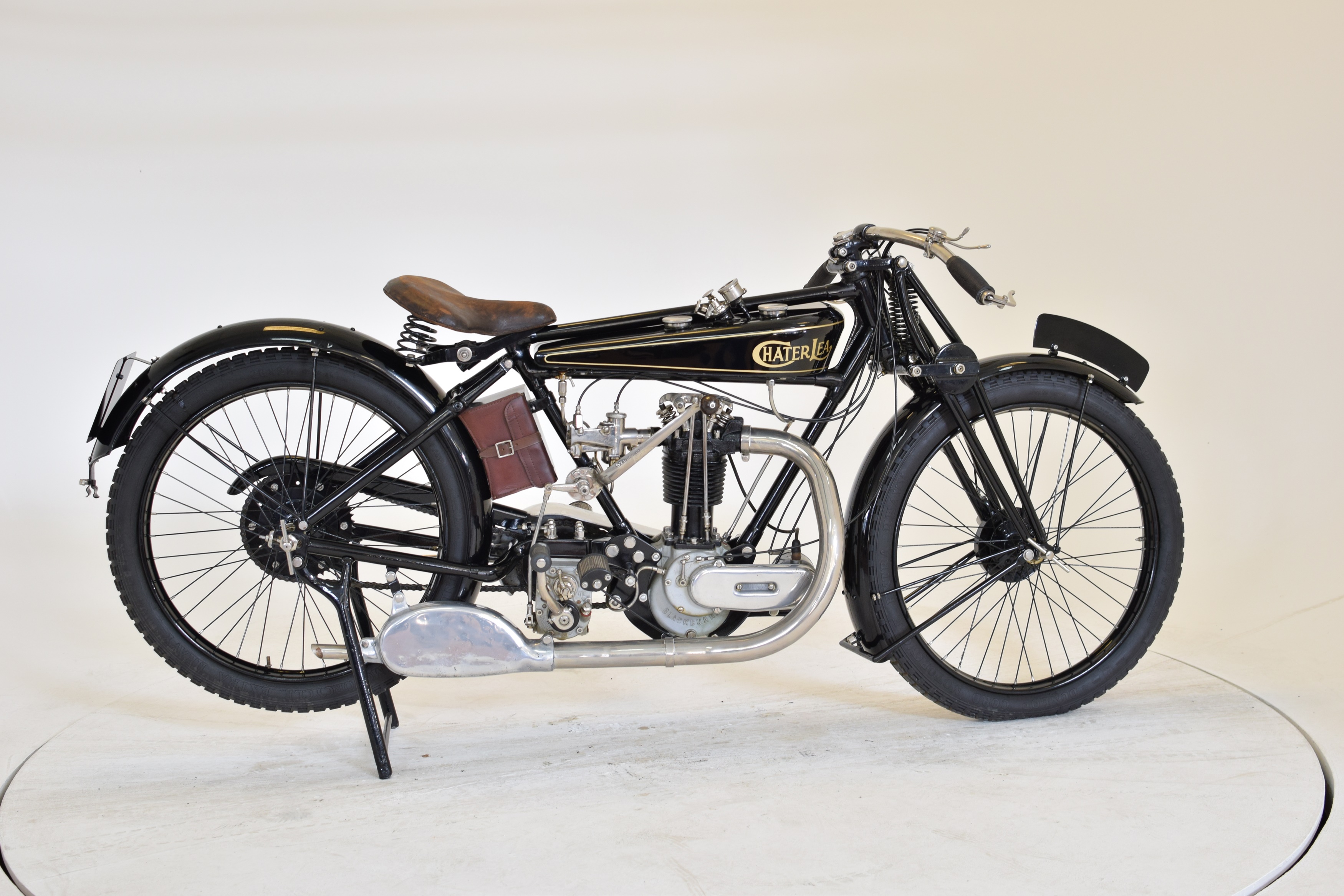