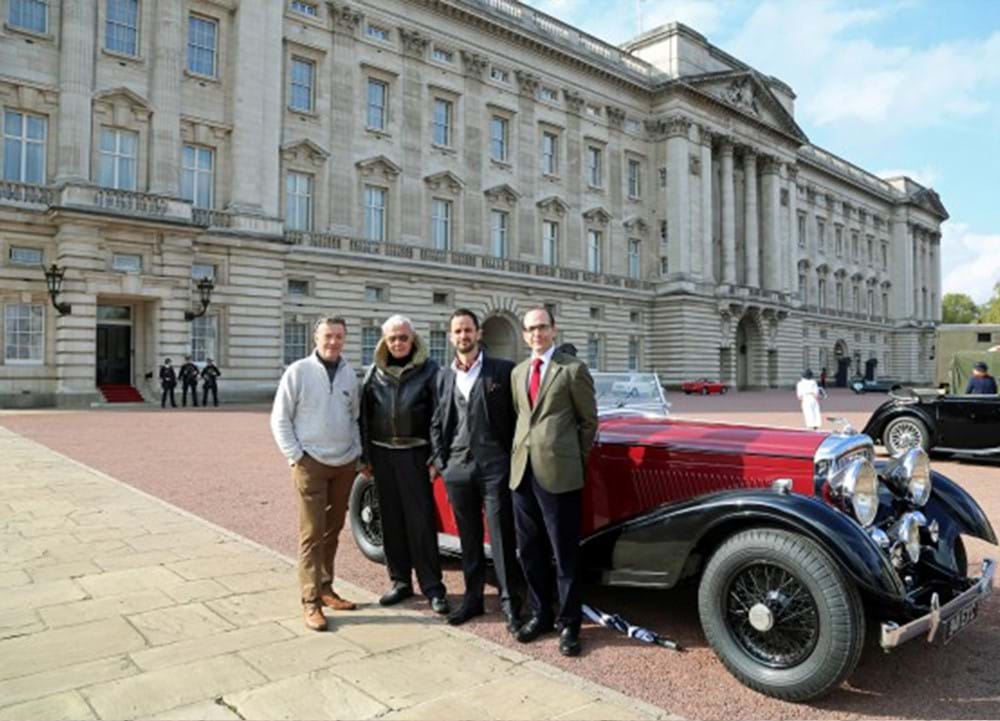 "On Saturday October 15, 2016 British classic vehicles with combined valuations of £19,033,150 lined up on the forecourt of Buckingham Palace to help commemorate the 90th birthday of Her Majesty. They were inspected, on her behalf, by HRH Prince Michael of Kent.

"Each of the ninety vehicles was manufactured in a specific year of her life, and represented that year.  The first was a 1926 'Bullnose' Morris Oxford Tourer, the last an impressive 2016 Ford Focus RS.   Among the many other superb machines on display, in possibly the best-ever gathering of British vehicles, was a 1948 Jaguar XK120 - the most famous competition Jaguar of all time, reg. no. NUB 120; a 1952 AEC Regent 111 - a London double-decker bus which completed a 12,000 mile tour of the USA and Canada in 1952 as a promotion for British goods and tourism; a 1959 Morris Mini-Minor - the first ever Mini off the production line; the fantastic hybrid McLaren P.1. and the beautiful 2016 Jaguar F-PACE.

"The line-up was made possible by the goodwill and enthusiasm of all the owners who travelled from all over the UK - and three from Europe - to be present and the support of both Stewart Miller & Peter James Insurance, the UK's leading specialist classic vehicle insurance broker and H&H Classics - Auctioneers for the Classic Collector."