Favourite getaway vehicles for bank robberies in the 1970's make a whopping £17,250 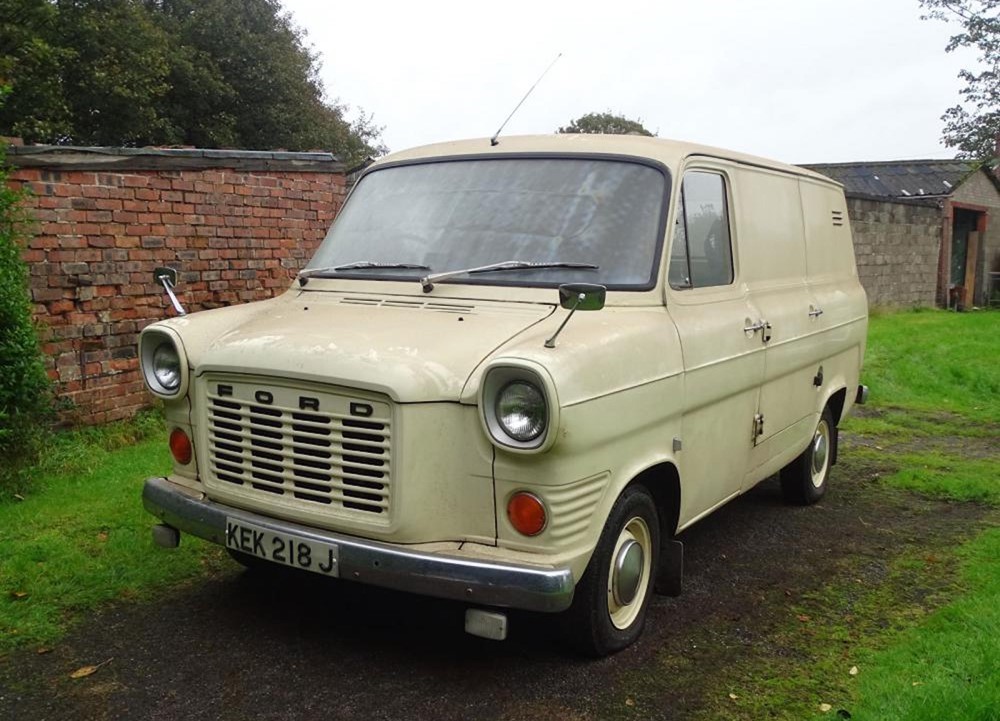 In 1972 a Scotland Yard spokesman said that 'Ford Transits are used in 95 per cent of bank raids. With the performance of a car, and space for 1.75 tonnes of loot, the Transit is proving to be the perfect getaway vehicle...', describing it as 'Britain's most wanted van’.

It goes without saying that this ‘pig snout’ version has led an exemplary and honest life as a delivery vehicle and sold on 27th November for £17,250 with H&H Classics.

Still in original ownership from 1970 it has covered a warranted 79,000 miles with the correct Perkins diesel engine and comes complete with handbook, spare wheel, jack, wheel brace and bag. It has been garaged all its life and features a rare opening side door option.

This remarkable example of the "pig snout" Transit was being offered to the market for the very first time since being bought new by its current owner and registered on 11th November 1970. The diesel-engined Transit was in light use until 2003 when the owner decided a more recent example was required. It was then placed on axle stands and did not move until it was excavated in early October 2019 by H&H.

The load bay has the appearance that it has barely been used with no obvious visible damage. The interior once again looks very lightly used with headlining, door cards and rubber matting presenting very well. This charming example of an iconic vehicle is awaiting a new enthusiastic owner to use and enjoy it.