FOR SALE WITH H&H CLASSICS

Ed Sheeran on the bus

If this 1962 AEC Regent V double decker bus could speak what amazing tales it would tell of the many celebrities who have partied on it behind the scenes at music festivals.

It will be going under the hammer with H&H Classics as part of their upcoming October 14th 2020 auction at the Imperial War Museum, Duxford, Cambridgeshireand carries an estimate of £20,000 to £22,000.

Among the many hundreds of music celebrities and VIPs who have been onboard are: Blondie, Duffy, Ed Sheeran, Little Mix and countless others.

After a hardworking career as public transport on the Isle of Mann it then became a movable headquarters for the Purple Helmets motorcycle display team and finally a glamorous VIP party venue at music festivals. 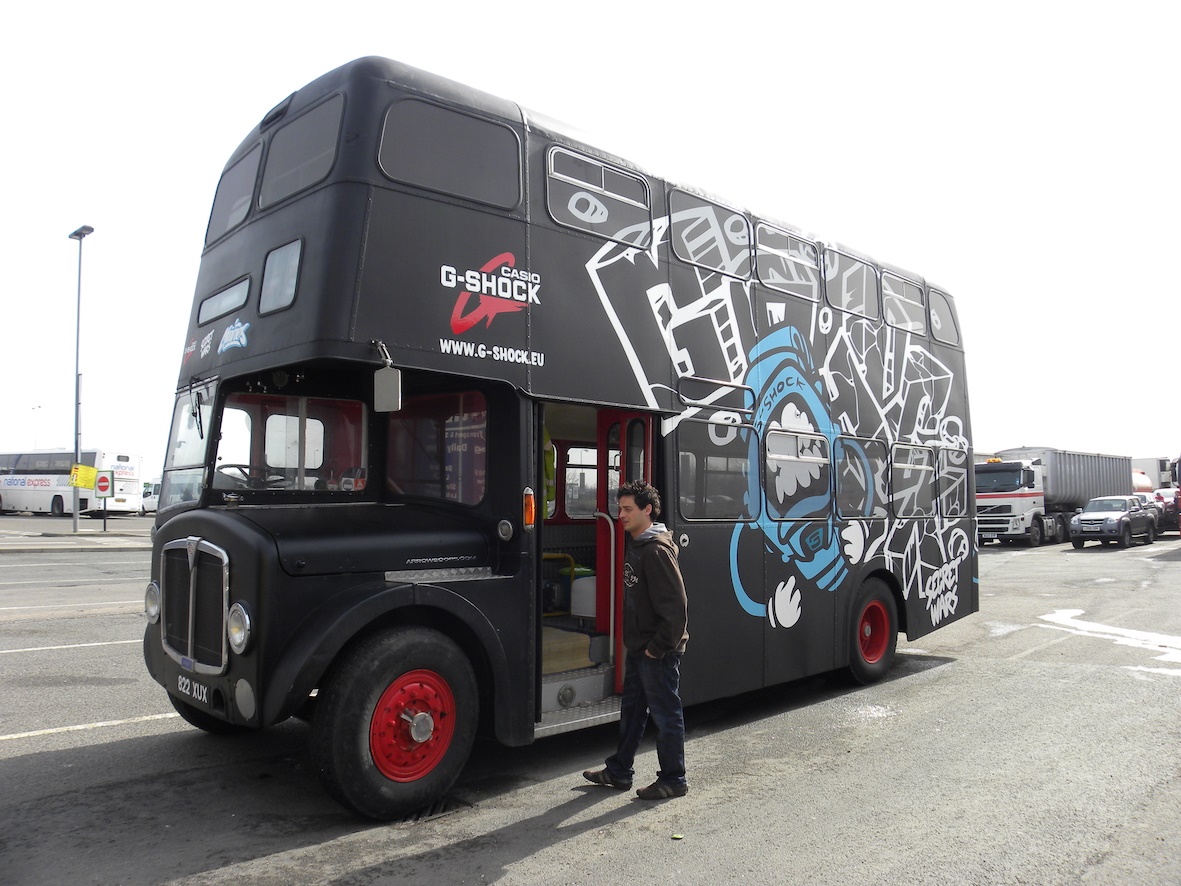 It is among only five such all-steel buses produced and the singer songwriters, Flanagan & Allan wrote a song about one of its siblings.

The bus featured DJ decks for the artists to entertain each other and guests on board.

It was delivered new to Isle of Mann Corporation and was in service until the late 1970s and was subsequently used as a training vehicle.

Finally it was bought by Arrowscore in 2006 and fully restored for use as an ArtistLiaison Bus at many music festivals providing hosting to lots of world-famous artists.

It is in good working order and ready to take on a new fourth career.