PATRIOT AND A BIKE ENTHUSIAST

If one man represents the best of Britain during this global pandemic it is Captain Tom Moore who stole the nation’s heart by walking 100 laps round his garden before his 100th birthday  to raise money for the NHS, achieving a total of £32m by the time he had finished.

Captain Tom pledged to complete the 2.5km (1.6 miles), 100-lap garden challenge at his home in Marston Moretaine, Bedfordshire by his 100th birthday on 30 April. He was knighted for his efforts.

Now an ITV documentary has been filmed about Sir Tom’s love of motorcycles. It was produced by North One and was broadcast on ITV 1, yesterday August 13th.

For the film shoot, Mark Bryan of H&H Classics, provided a 1920’s Royal Enfield Model 200, supplied by Hitchcocks Motorcycles in Solihull. It was one of the first bikes that Sir Tom restored after discovering it as a barn-find, and which he rode around in his garden as a very young man.

Mark comments: “It was an absolute honour to be able to help out, even in such a such a small way. Sir Tom’s  infectious enthusiasm and knowledge of motorcycling is quite amazing”. 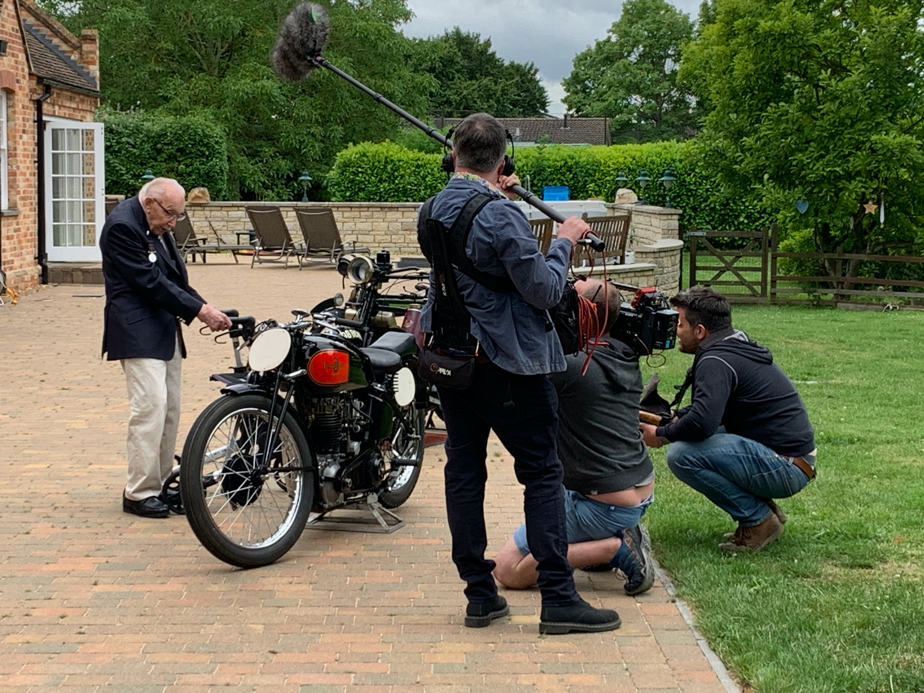 Two other motorbikes featured in the documentary, an Excelsior Manxman and a Scott two speed. Both are bikes Sir Tom remembers fondly from his youth.

He was described as being: "a beacon of light through the fog of coronavirus", and for his shining example Captain Tom was awarded a knighthood. 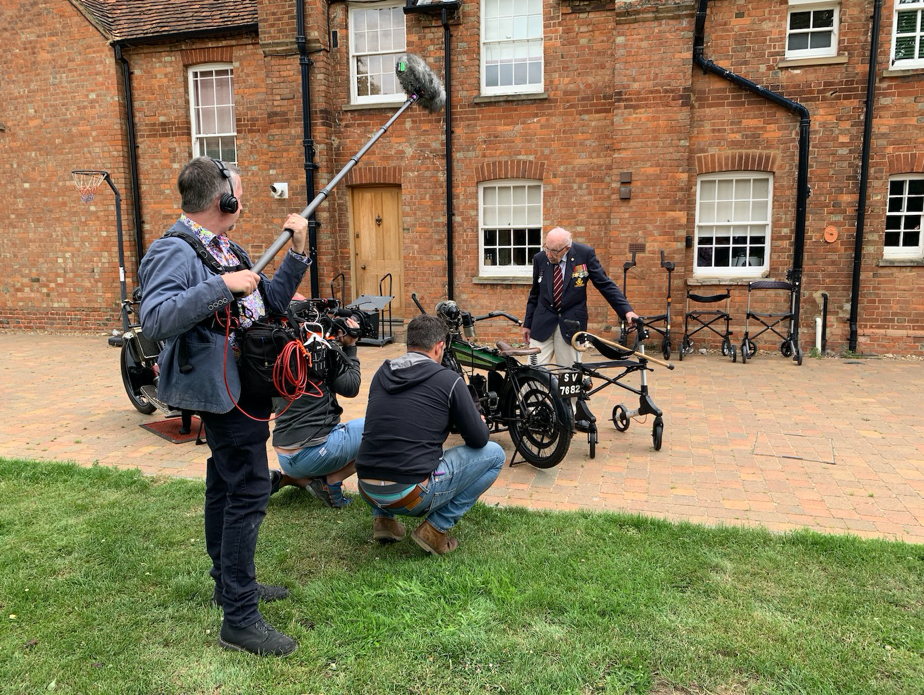 Fundraising for ‘NHS Charities Together’, the then 99-year-old said he was doing it "for the sake of the nurses and the NHS”.r Born in Keighley, Yorkshire, and a veteran of World War Two, Captain Tom was inspired to help the NHS after receiving treatment for skin cancer and a broken hip after a fall in 2018.

The money he raised by his sponsored walk round his garden is being used to help comfort and care for NHS workers through these turbulent times. After completing his 100 laps, he had a message for the British public in the midst of the pandemic. "To all those people who are finding it difficult at the moment... the sun will shine on you again, and the clouds will go away." 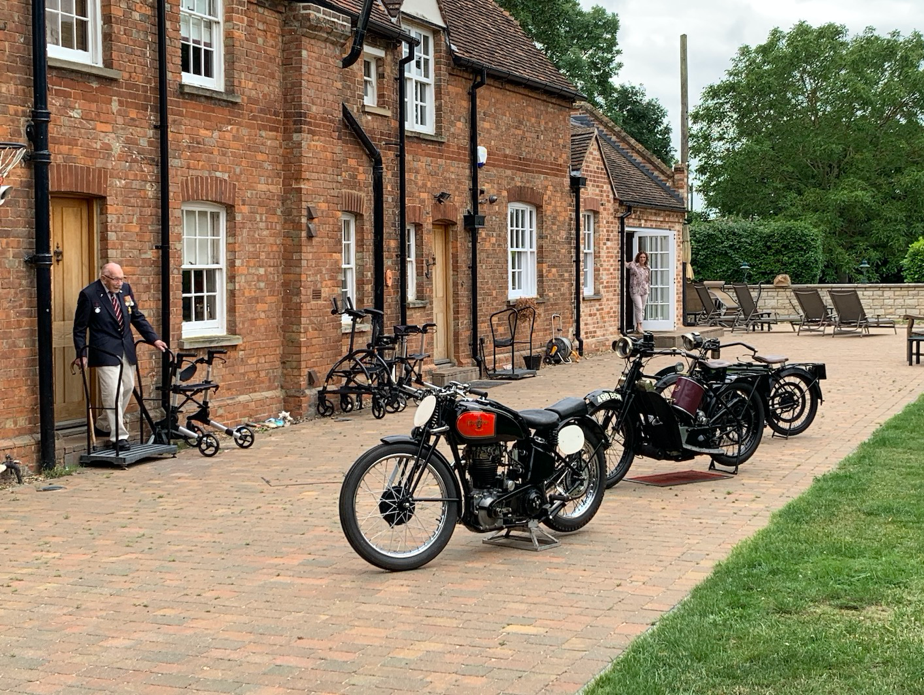