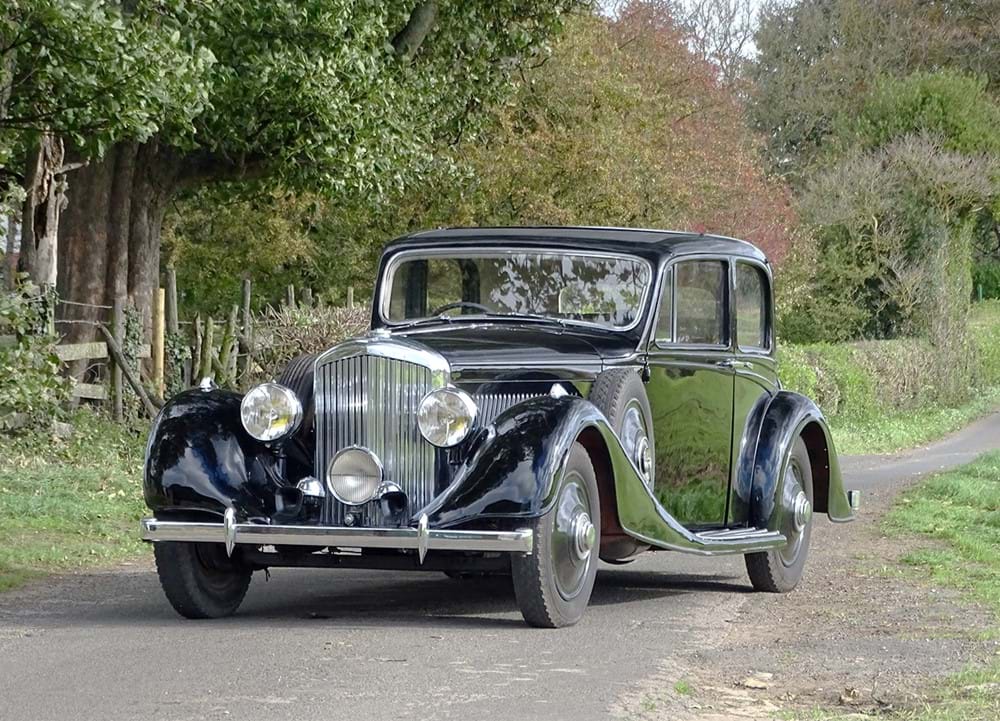 Supplied new in 1936 to Jean Paul Boucheron of the jewellery dynasty and retained by his family until 2001 when it entered the current ownership it comes to sale at H&H Classics auction on November 15 at Duxford, the Imperial War Museum. It is estimated to sell for £60,000 to £80,000.

The four-seater has only recently been granted the UK registration number 'YWG 928'. Never fully restored, it has been sparingly used over the past sixteen years and is still running on an oil-filled coil! It is only being offered for sale due to the vendor's poor health, the 'Boucheron Bentley' is now seeking a third family to own it and perhaps make it the jewel in the crown of their collection.

Unveiled to great acclaim at the August 1933 Ascot Races, the Derby Bentley was underpinned by a 'double dropped' chassis featuring all-round semi-elliptic suspension and four-wheel drum brakes. Powered by a more potent version of its Rolls-Royce 20/25 sibling's 3669cc OHV straight-six engine allied to four-speed manual transmission, the newcomer was soon christened the 'Silent Sportscar'. Responding to increased competition from the likes of Alvis and Lagonda, Bentley gave its customers the option of a larger 4257cc engine during the 1936 season. Priced at £50, a comparatively modest sum compared to the cost of a basic chassis, the new unit proved so popular that the smaller capacity powerplant was soon dropped.