The Jaguar XK140 was among the fastest cars of its generation, reputedly capable of over 130mph, it focused public consciousness on Jaguar's continued success at Le Mans with the Coventry marque winning the endurance classic in 1951, 1953, 1955, 1956 and 1957. For many the most

desirable variant, the Roadster accounted for some 3,356 sales during its three-year production cycle.

The car was supplied new to Roger P Ahrenberg of Maricopa County, Arizona and was resident in the Grand Canyon State for most of its life. It has been treated to an extensive, body off restoration 10,000 miles ago and is still highly presentable.

It comes fitted with the rare and highly desirable option of electric overdrive from new (together with the associated JLE four-speed manual gearbox. It is a Special Equipment Model with a high performance C-Type cylinder head.

The car successfully completed the Copperstate 1000 and Californian Mille before being imported to the UK in 2014 and is one of 3,282 LHD examples made and full weather equipment (hood, tonneau cover and side screens).

Improved during the current ownership thanks to a steering rack overhaul, new adjustable shock absorbers all round and the fitment of front disc brakes (the original drums have been retained should a new keeper wish to reinstate them). 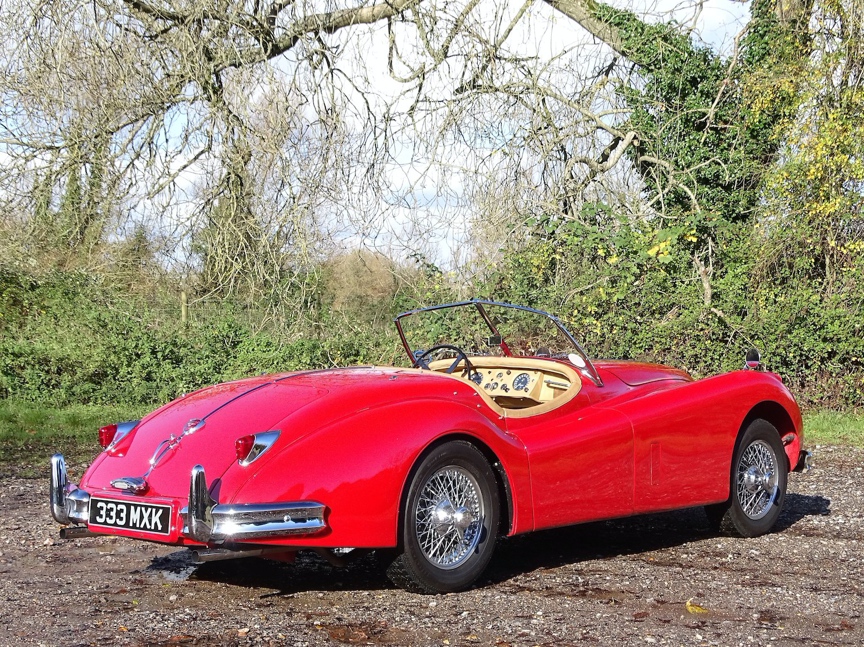 It is extravagantly specified with a high-performance C-Type cylinder head, electric overdrive for its four-speed manual gearbox and the Special Equipment package, chassis S811714DN was completed on September 27th 1955. Imported to America via Jaguar’s West Coast distributor, Hornburg of Los Angeles, the XK140 Roadster was supplied new to Roger P. Ahrenberg of Maricopa County, Arizona.

The two-seater is understood to have covered just 9,850 miles since undergoing an extensive, ‘chassis up’ restoration some two decades ago. Able to boast chassis, body and engine block numbers which match those listed on the accompanying Jaguar Daimler Heritage Trust Certificate, the refurbished XK140 Roadster was no ‘trailer queen’ finishing the prestigious Copperstate 1000 and 2008 Californian Mille rallies without incident. Piloted on the latter event by Dewayne Adamson of Scottsdale, Arizona, the two-seater subsequently migrated to Texas before being imported to the UK by its previous keeper during 2014. 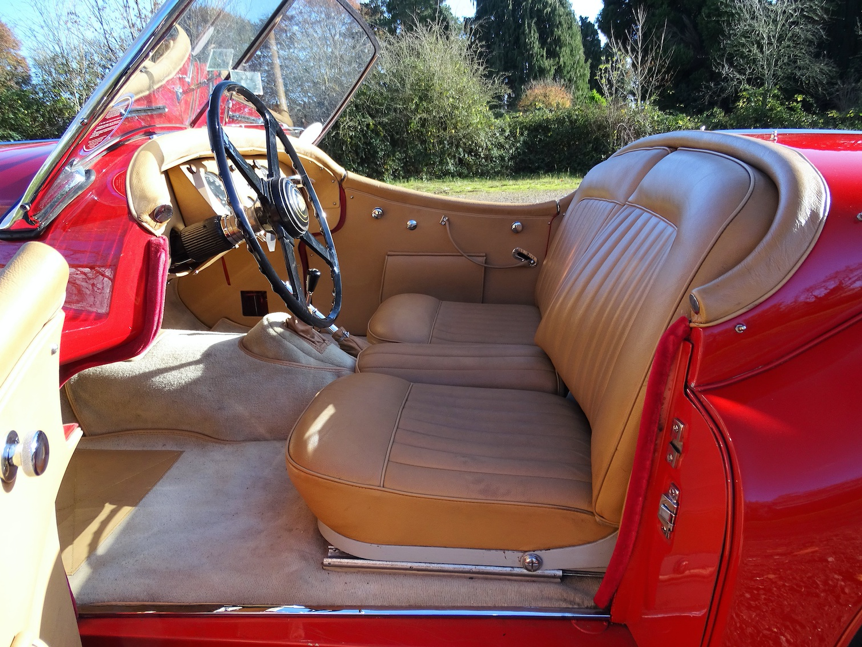 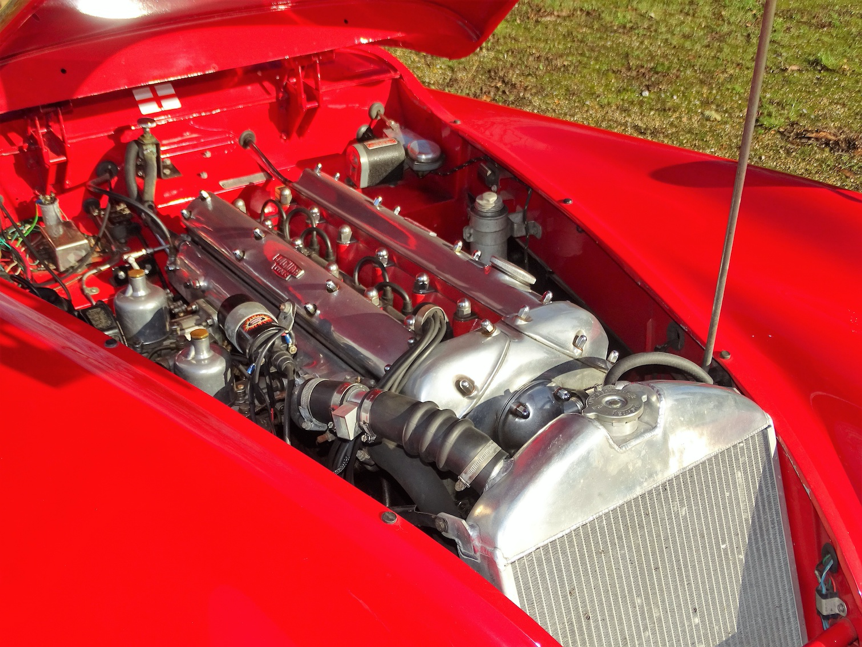 Launched at the 1954 Motor Show, the XK140 boasted the same bewitching styling as its forebear but allied it to a host of important mechanical improvements. Chief among these was the adoption of rack and pinion steering. Though, the fitment of telescopic shock absorbers (in place of the XK120's antiquated lever arm dampers) also had a noticeably beneficial effect on handling / roadholding. With its engine and bulkhead repositioned three inches further forward, the new model enjoyed a notably roomier cabin (the fixed and drophead coupe variants gaining occasional rear seats as a result). Available in 'standard', 'special equipment' or 'special equipment plus C-type cylinder head' guises, power and torque outputs ranged from 190bhp / 210lbft to 210bhp / 213lbft. Distinguished by its one-piece bumpers and simpler, more imposing radiator grill, the XK140 was among the fastest cars of its generation.