This rare and extremely elegant Rolls-Royce - much loved by the good, the great and the wealthy during the late 1930s - was built for UK and Continental touring. It will be sold by H&H Classics from their Head Office in Cheshire as part of an Online Auction of Classic & Collector Motor Cars being held on December 16th. The sale was originally due to take place at the Pavilion Gardens, Buxton but has been relocated so that more of the vehicles can be displayed inside. The Sports Saloon carries an estimate of £35,000 - £45,000 and prospective purchasers will be able to view it by appointment.

Supplied new to Sir Gilbert Davis Baronet on 30th October 1937, the 25/30 was retained by him until 1963. His home at 14 Tothill St, London, SW1 - an address last listed for sale at £90 million – currently serves as an administrative centre for the House of Commons. 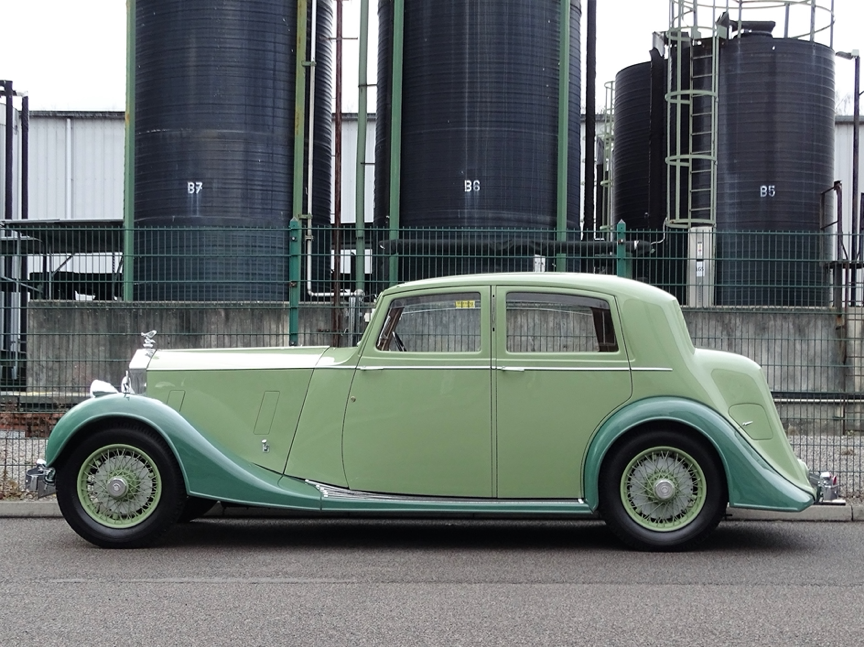 So owners of these limited edition Rolls-Royces were an elite and privileged club. ‘154 XUU’ was repatriated from California during 1988 and in single-ownership from 1991-2019. It underwent an extensive, 'chassis up' restoration from 1996-2010 with much expenditure over the last year encompassing a new clutch, overhauled carburettor, fresh battery, engine bay detailing and chassis fettling.

Relocating to Sussex after WW2 with Sir Gilbert, the 25/30 returned to London in the custodianship of A.D. Hyde Esq during 1963. Thereafter, the Sports Saloon is known to have belonged to Randy Harris McDougall of California, Gerry Porter of Kensington and E.F. Burkhart of Kent before being bought by its current registered keeper in 1991. 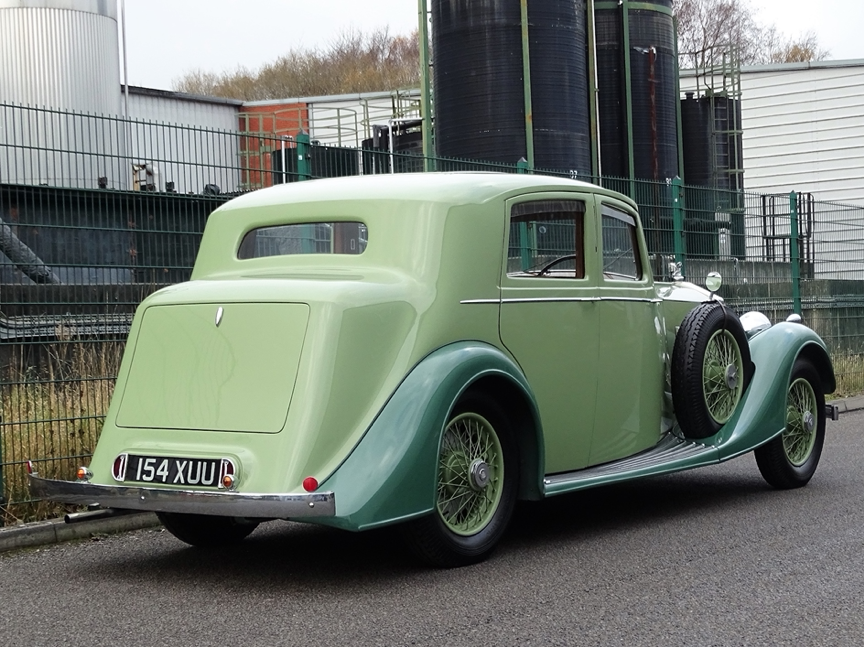 Stripped to a bare chassis as part of a protracted fifteen-year long restoration which began during the mid-1990s, invoices on file show that Rees Bros of Aldershot ‘rectified the ash frame and bodywork as necessary’ as well as renovating the aluminium wings, while Classic & Modern Engine Services Ltd of Bracknell overhauled the original 4.25 litre engine (number Q28P) with new pistons etc. Fiennes Restoration Ltd, Holden, Vintage Supplies and Woolies all supplied parts for the project, the former helping with the electrical and fuel systems. Painted in striking Reed Green over Emerald Green with contrasting Beige leather upholstery, the Rolls-Royce’s appearance was further heightened by refinished wood veneers and rejuvenated brightwork (the latter courtesy of Silvabronz of Alton). 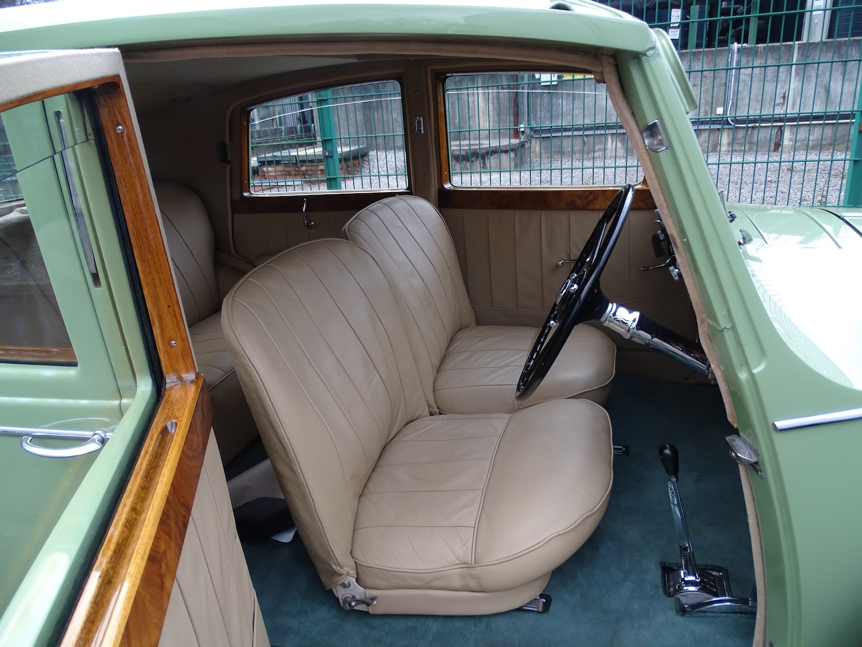 Treated to a new clutch, carburettor overhaul, fresh battery, engine bay detailing and considerable chassis fettling by the vendor, the 25/30 started readily upon inspection and behaved well during our recent photography session. 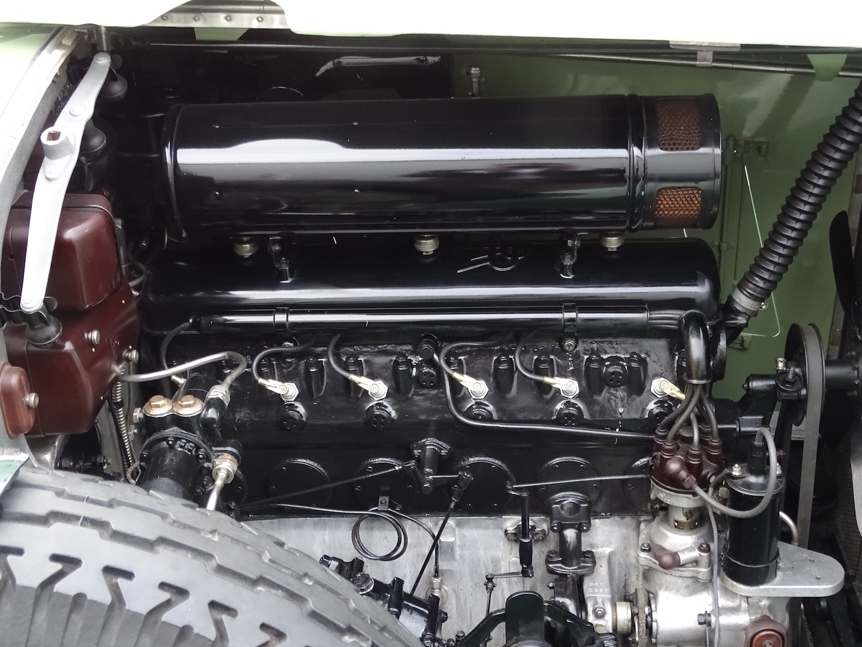