1930 Motorbike being sold by crack RAF bomber pilot to save a Somerset village church. 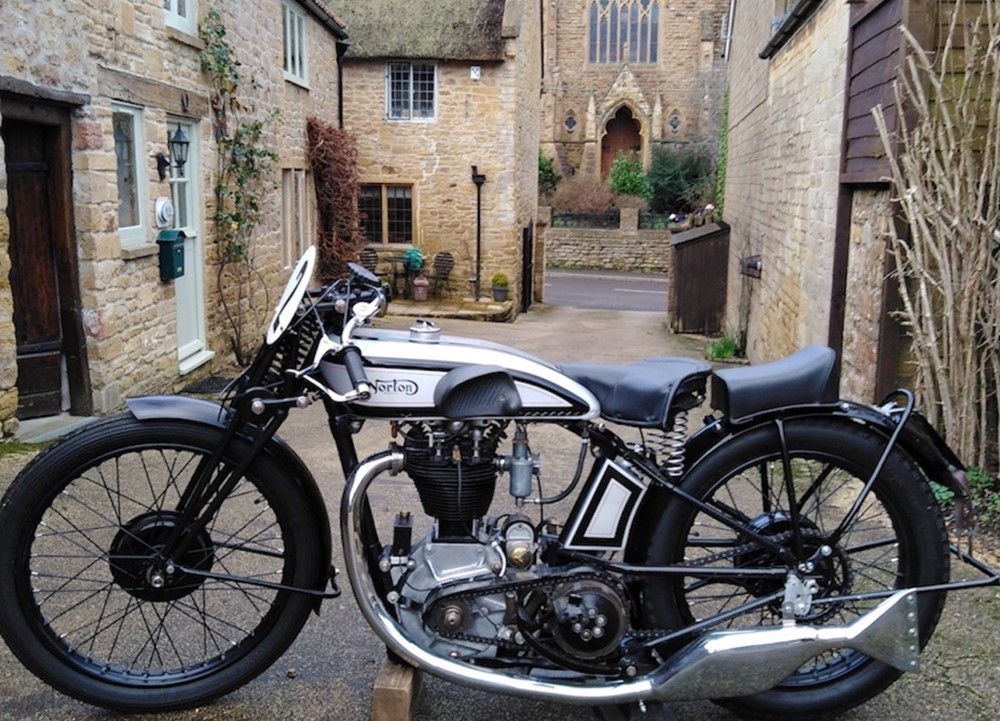 "One hundred per cent of funds from the sale of this 1930 Norton CS1 will go towards the purchase of the Old URC Church in Stoke-sub-Hamdon, Somerset, built by a distant relation of the bike’s owner, former RAF pilot, Bill Southcombe.

The whole community is doing its bit to seal the deal on saving the church which plays host to a number of community projects. The bike will be sold at auction by H&H Classics on April 7th at the National Motorcycle Museum in Birmingham. It is estimated to sell for £25,000 to £27,000.

Bill Southcombe explains why his bike has come to be sold to save the church. “If we fail to buy the church it will be auctioned by the Synod, to developers probably, or left to decay.” As a Trustee of the charity set up to save the church he has already donated the value of two other of his bikes.

“It’s a Congregational Church built by my ancestor, Richard Southcombe, for the community in 1866. It is 2* listed and in very good condition and was given to the URC Synod in 2016 by the Elders. If we are to save it we must pay the Synod this year, 2020”

Bill Southcombe joined RAF as a navigator in 1961 and flew three tours with the Vulcan B2 BS at Scampton (83 Sqn), Cottesmore (9Sqn) and Akrotiri Cyprus. He won Strike Command Bombing Competition, beating USAF B52 and F111s in 1970. Posted to Phantom FGR2 at Coningsby(6 Sqn). Night ground attack and deployment."