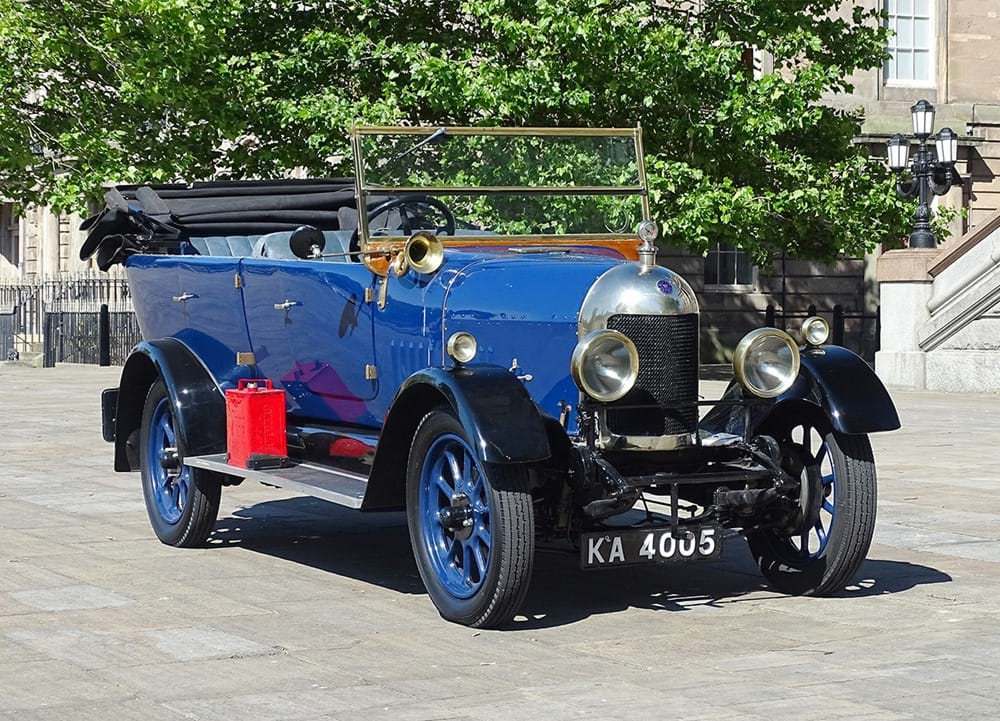 A lovely 1926 Morris Oxford ‘Bullnose’ once owned by the Beatles first manager, Alan Williams, and most likely used by him to ferry the lads around, goes to auction on July 19th with H&H Classics at The Pavilion Gardens, Buxton. It is estimated to sell for £18,000 to £22,000.

By a happy coincidence The Beatles played at The Pavilion Gardens, Buxton on April 6th and October 19th 1963. The car is well known to the Bullnose Owners' Club and is valued by Hagerty Insurance at £40,000.

Famous as The Beatles' first manager, Allan Williams bought the Tourer from fellow Liverpudlian Donald Green on 13th June 1959. Owner of The Jacaranda and Blue Angel music venues, Mr Green employed the future super-group to decorate The Jacaranda before booking them any gigs!

A very 'hands on' individual, he hired a van and drove The Beatles to their first Hamburg concert on 16th August 1960. As such, it takes little to imagine Mr Williams ferrying John Lennon, Paul McCartney, George Harrison, Stuart Sutcliffe and Pete Best around Liverpool - if not further afield - aboard the Oxford Morris Bullnose.

Alan Williams and the band fell out during 1961 after the latter negotiated their own terms for a residency at The Top Ten Club in Hamburg. Mr Williams subsequently entitled his memoirs 'The Man Who Gave The Beatles Away' but kept the 'Beatles' Bullnose' until 1970 when it was purchased by a Mr W. Stevenson of the Littlewoods Pools dynasty for £200 and extensively restored.

A part of the Littlewoods Pools dynasty, Mr Stevenson treated 'KA 4005' to a 'money no object' restoration that still presents very well today. Finished in Blue over Black with Blue upholstery, a Black hood and matching sidescreens, the Tourer possesses a full compliment of spring gaiters and a nice detailed back axle. Starting readily upon inspection, it attracted countless admiring glances whilst being driven through the streets of Liverpool for our photography session and indeed still lives in the Fab Four's home city. Offered for sale with continuation buff logbook documenting Mr Williams' ownership, 1970 bill of sale, Hagerty Insurance Valuation for £40,000 and sundry paperwork / photos.

Perhaps coincidentally Dinky Toys chose a Morris Oxford Bullnose as the transport for its fictitious 'Dinky Beats' band when releasing its die-cast Model Number 486 in 1965.

Introduced during 1913, the basic Morris 'Bullnose' design lasted until 1926 by which time its variants accounted for an impressive forty-five per cent of new car sales in the UK. Compared to domestic and foreign rivals in the 12hp-14hp market, the model offered notably good performance courtesy of its torquey, four-cylinder engines and light yet robust leaf-sprung chassis. As well as having its engine enlarged from 1548cc to 1802cc for 1923, the more expensive Oxford derivative gained a longer wheelbase and four-wheel brakes two years later.

One of numerous Bullnoses pressed into everyday service during the 1950s and 1960s, this particular example boasts a decidedly special history. Supplied new in Liverpool (as confirmed by its original 'KA 4005' number plate), the Morris has had just two registered keepers since 1959.