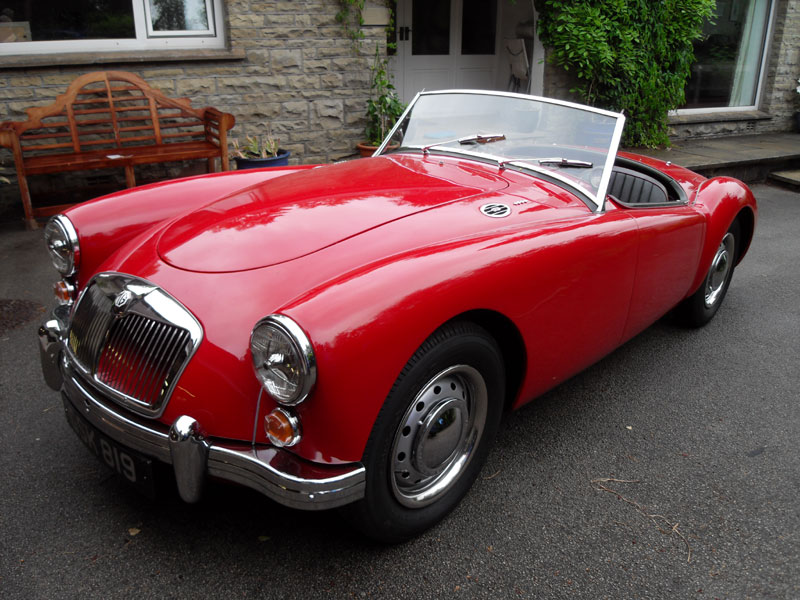 According to its accompanying British Motor Industry Heritage Certificate, chassis G-HNL/95928 was built during July 13th - August 11th 1960 and supplied new to North America. Repatriated some thirty years later, the MG was reportedly acquired by a friend of the vendor as a rehabilitation project for his son who had been knocked down whilst crossing the road on his 21st birthday. The restoration took two years to complete and included a conversion to right-hand drive. Laid-up for a time before entering the current ownership in 2008, the two-seater was entrusted to Moto-Build Ltd the following year. As well as an exchange 1860cc B-Series engine and five-speed manual gearbox, the Surrey-based sports car specialist also fitted `GSK 819' with a new clutch, water pump, radiator, fast road distributor, high torque starter and stainless steel exhaust. Understood to have covered some 1,370 miles since its mechanical upgrade was completed, the MG is described by the vendor as being in "very good" (bodywork, paintwork, electrical equipment, interior trim) or "excellent" (engine, gearbox) condition. Riding on steel wheels, this appealing Roadster is offered for sale with Moto-Build Ltd invoice and MOT certificate valid until September 2013.

PLEASE NOTE: This vehicle has an MOT until July 2014.
Share: