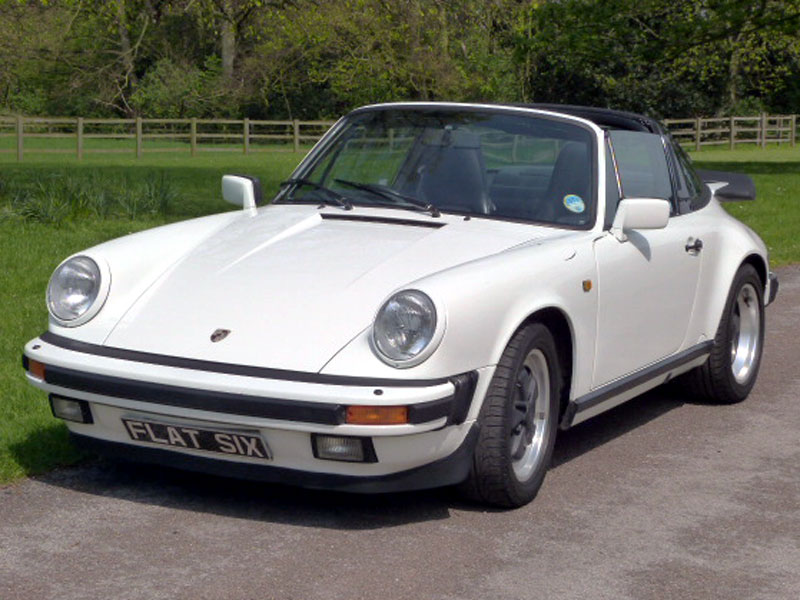 Finished in White with Dark Blue/Red leather upholstery, this particular Targa example is described by the vendor as being in "excellent" condition with regard to its engine, G50 gearbox, electrical equipment, interior trim, bodywork and paintwork. He further informs us that 'E776 XKH' possesses "a full service history (23 stamps in the service book)", complete toolkit, original 16-inch Fuchs alloy wheels shod with Pirelli rubber all-round, and MOT into August 2013. The engine oil return pipes have just been renewed and the last service took place at 77,655 miles - just over 200 miles ago. A reportedly great example that can surely only rise in value.
Share: