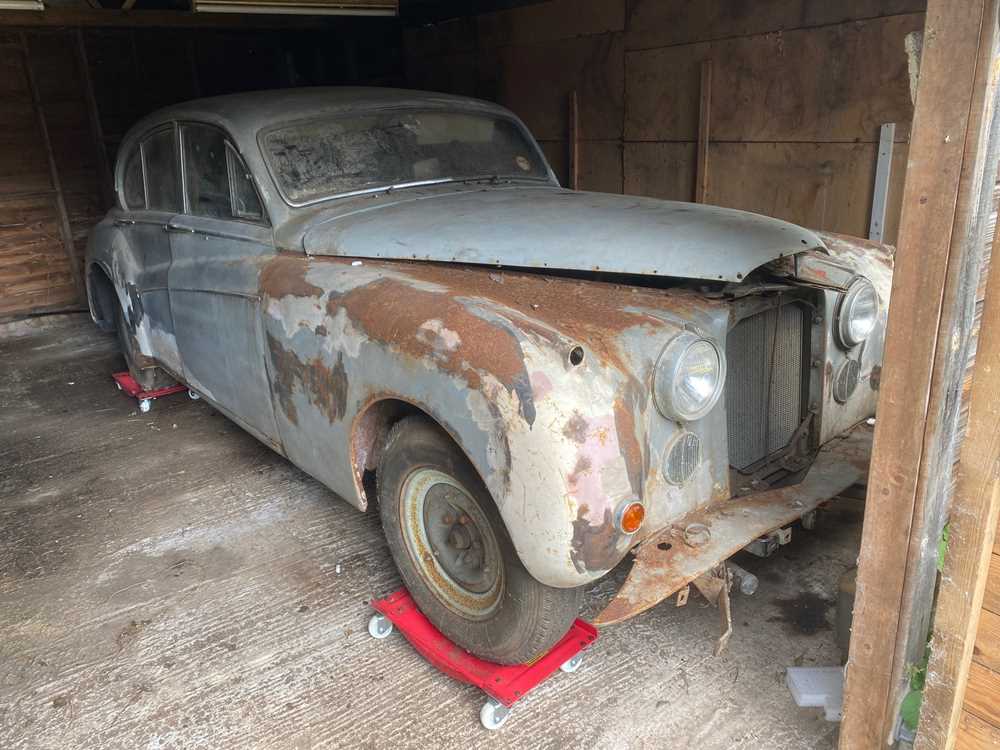 According to the accompanying Heritage Certificate this MkIX Saloon, the 20th car built, was manufactured on 24th September 1958 and originally finished in Cornish Grey over Mist Grey with Dark Blue interior trim. The original registration mark allocated was 777 MEV. Its first owner was a David Currie of Chelmsford, as recorded on the buff logbook retained in its history file. It subsequently passed through the hands of a couple more owners in the Chelmsford area and has now been with the vendor for around 45 years. Understood to be the second oldest example to survive, it is offered for restoration with the aforementioned Heritage Certificate, buff logbook, an MoT certificate from 1973 and displays 35,884 miles. The roots of the luxuriously equipped and potent MKIX Jaguar lay in the MKVII that had been launched at the 1950 London Motorshow. The MKVIII of 1956 brought added opulence to the interior and a few detail changes to the outward appearance (most noticeably the move to a curved single-piece windscreen), while the MKIX delivered a 3.8-litre 220bhp version of Jaguar's all-conquering DOHC XK engine, servo-assisted disc brakes all-round and recirculating ball steering. Motor magazine's test of an automatic example returned a 0-60mph time of 11.3 seconds and top speed of 114.4mph - no mean figures for a 16ft-plus Saloon weighing in at 4,000 lbs.