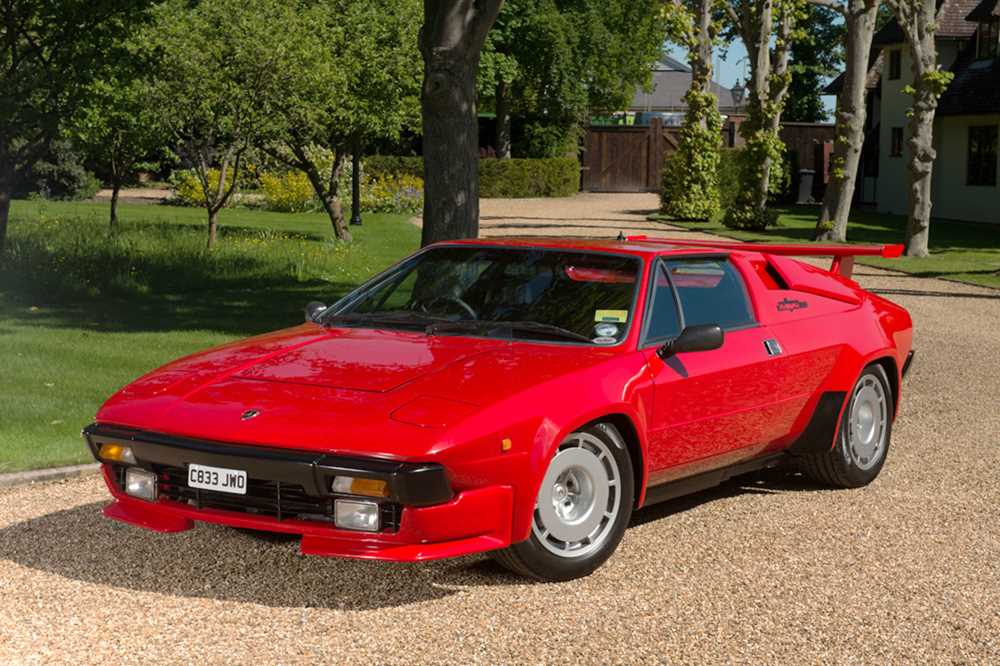 Finished in red with black interior this rare RHD Jalpa was first UK registered on 14 February 1986. Displaying just c.36,000 kms on its odometer it is accompanied by an extensive history file which includes a selection of invoices, expired MoT certificates, registration document and a current MoT to July 2020. Only in production for six years, a mere 410 Jalpas are estimated to have left the Sant'Agata Bolognese factory with some sources suggesting that just thirty-five of those were to right-hand drive specification, one of which is the sale car.