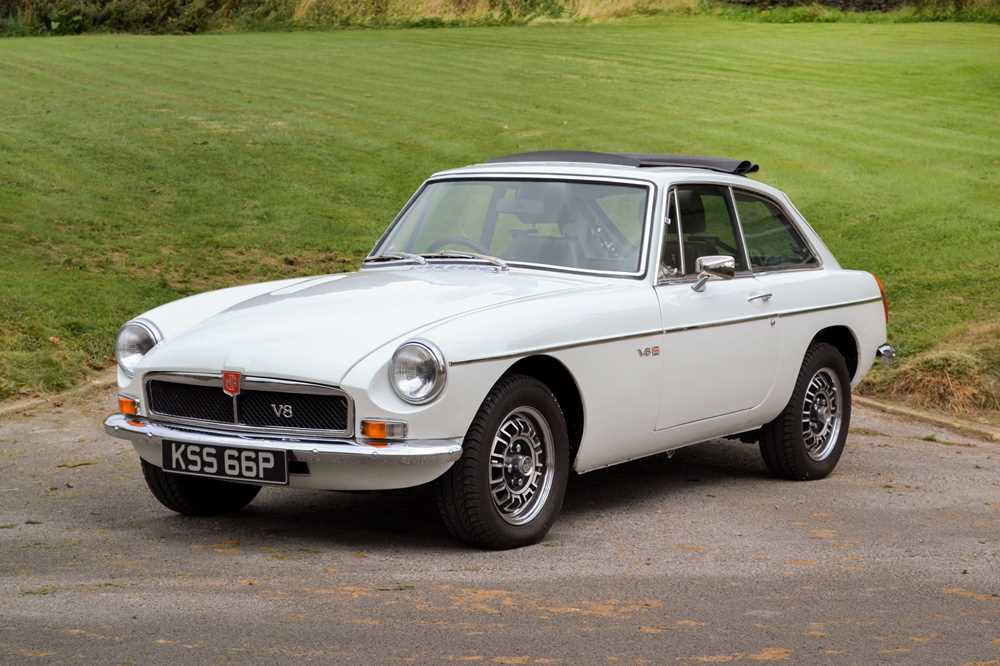 A more powerful alternative to the MG B came in 1973 with the introduction of the B V8 - a GT-only variant powered by the ubiquitous 3528cc Rover V8 unit. Though inspired by the conversions carried out by independent tuner Ken Costello, the factory V8 cars were somewhat less tuned, producing 137bhp rather than 150bhp – the output was nevertheless sufficient for a sprightly 0-60mph time of around eight seconds and a top speed of 125mph. As the all-alloy Rover engine was lighter than the cast-iron BMC unit, no significant changes were required to the rest of the car. Production of the V8 was curtailed in 1976 (reputedly over BLMC's concern it would affect sales of other products - in particular, the dearer, less powerful Triumph Stag) after some 2,591 had been built.

This MGB GT V8 was manufactured in 1975 and was supplied new via Stewart & Ardern Ltd. of London on the 24th of April 1975. One of just 2,591 genuine factory V8's manufactured, it is fitted with the 3528cc V8 engine mated the four-speed manual transmission with overdrive, the MG is finished in Glacier White paintwork with Black leather interior upholstery. Specified from new with cast alloy wheels, ‘KSS 66P’ entered into current ownership in 2013 having been retained in the previous ownership from 2001 until 2013 and has a recorded mileage of 75,845 miles (at time of consignment).