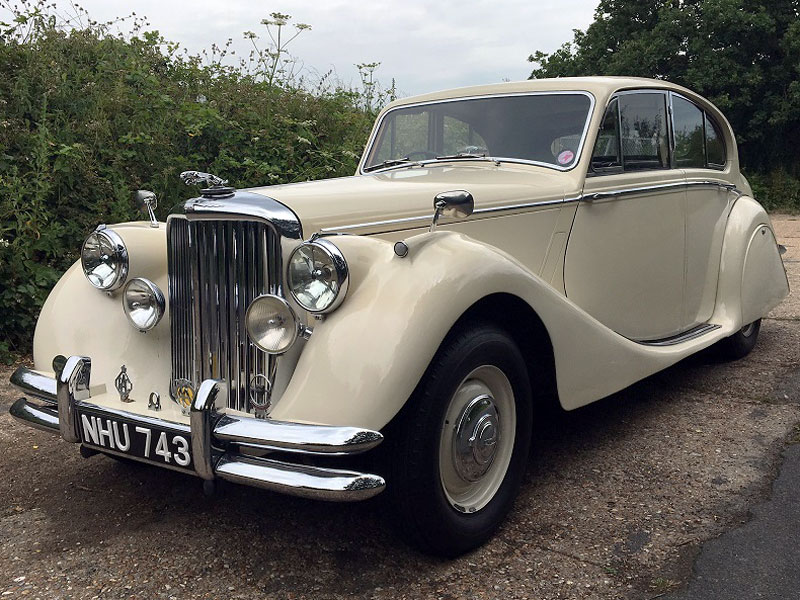 Originally finished in black, NHU 743 was supplied new via Henleys Ltd of London in 1950. The car was repainted in Ivory White in 1980 and retains its original Tan leather interior. A very well-maintained example, it has covered just c.105,000 miles in its 67 year life, the vendor informing us the car "drives very well", having been subject to a recent carburettor and dynamo overhaul together with the fitment of new engine mounts. The 3.5 litre engine is coupled to the original four speed transmission whilst starting is aided by an aftermarket electric choke. Offered with Swansea V5C, original owner's manual, Heritage Certificate and a detailed history file which includes many previous invoices and old MOTs.
Share: