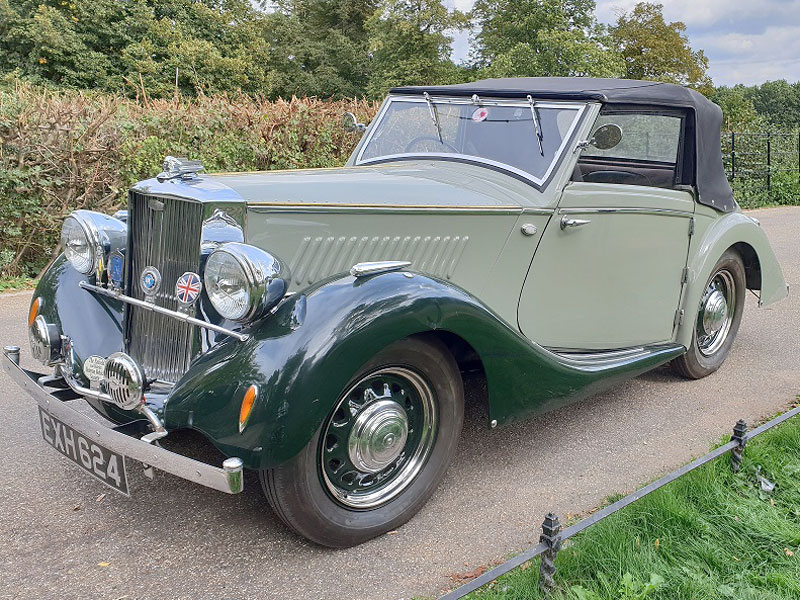 - Resident in South Africa until 1974

- Engine overhauled in 2017, still running in

The majority of the c.1500 cars produced by powerboat aficionado Noel Macklin's Railton Cars concern were powered by Hudson straight-eight engines, but in 1938 the company introduced two smaller four-cylinder 10hp models based on the Standard Flying 9 chassis. They were effectively miniature copies of the Coachcraft Fairmile Drophead Coupe and Cobham Saloon and only around 50 were produced all told, making this delightful Coupe a rare car by any yardstick. Offered at No Reserve, 'EXH 624' was resident in South Africa until 1974 and more recently formed part of a collection in Edinburgh. A complete restoration some years ago was followed by a bare metal respray in two-tone Green. The engine has been overhauled even more recently, since when the Fairmile has covered a mere 100 miles. The vendor nowadays classes the 1141cc engine, Brown hide interior and Black detachable hood as 'excellent' and the bodywork, paintwork and transmission as 'very good'.
Share: