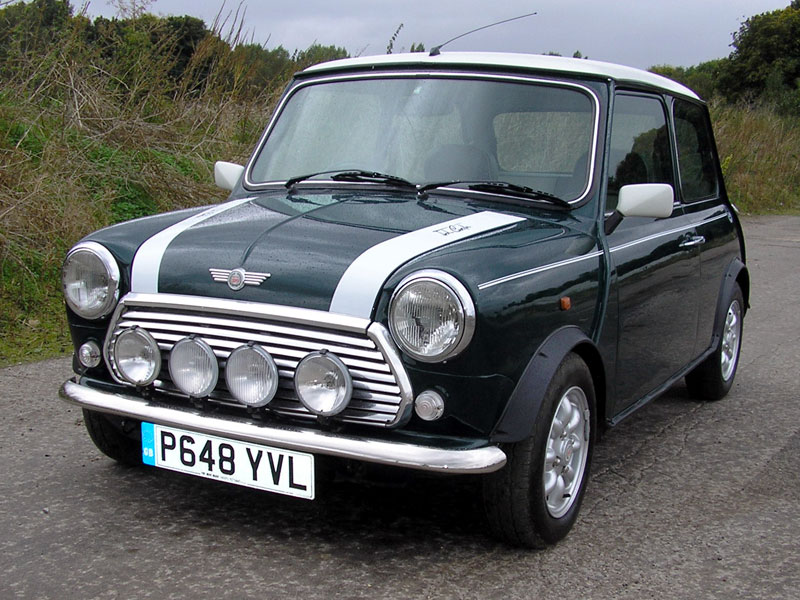 The Mini's association with the Cooper Car Company of F1 fame was formed in 1961, and for the next 10 years or so all performance versions of the little car bore the Cooper badge. Their place in history was sealed with outright victory in the Monte Carlo rallies of 1964, 1965, 1966 (from which the team was subsequently erroneously disqualified) and 1967. Many other rally and race successes were accrued before the relationship was shelved in the early 1970s. But you can't keep a good name down, and it reappeared under Rover's control almost 20 years later. The initial offering was actually a touch slower than the best of the `60s cars, but proved sufficiently popular that, from 1992, the Cooper Minis were fitted with a punchier, fuel-injected version of the 1275cc engine more worthy of the badge.

`P648 YVL' vacated the Longbridge production line in 1997 and features White and Green bodywork matched to a Black and White interior, and rides on correct Minilite-style wheels. The vendor informs us that the engine was replaced by Rover in August 1998 at a reputed 8,577 miles (the odometer now indicates an unwarranted 66,600). This attractive Mini comes complete with the optional quartet of auxiliary lights, a stamped service booklet and fresh MOT.
Share: