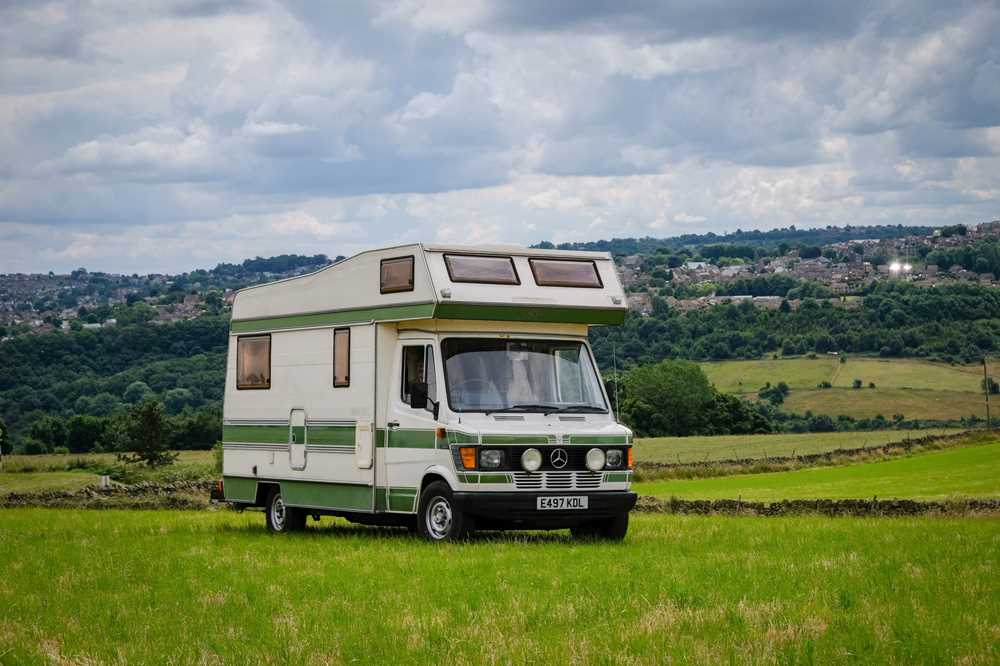 In January 1967 when Mercedes-Benz presented the 309 model series (later known as the T 2) as the successor to the L 319, the era of the post-war vans drew to a close. Bigger and more powerful than a delivery van, more manoeuvrable and lighter than a truck: the so-called Düsseldorf models filled a gap in the market and set the tone in their segment from the very outset. Ten years later, the Zeitgeist called for further development of the large van and even greater personality. And so the T 1 was born. Its multifaceted versatility paved the way to the future for Mercedes-Benz vans.

The van's career began in 1977. The T 1 rolled off the production line at the Bremen plant in large quantities thanks to high demand. Colloquially, the vans of this model series were often known as the "Bremer Transporter" or "Bremer model". Until 1984, the van was produced in Bremen before production was moved to the Düsseldorf plant until 1995. In its 18-year-long production, across both production locations a total of almost one million units were delivered which meant that the T 1 was the most successful Mercedes-Benz van produced to date. Auto Trail, a respected motorhome manufacturer, was set up by Bill Boasman and Barry Holmes in 1982. Still in business today, the company employs over 200 people in north-east Lincolnshire.

First registered in 1988 and presented in white with green accents and a rather wonderful 80s period interior, this Bremer was purchased by the vendor in April of last year from a friend who had owned the vehicle since it was just a few years old. Unusually, ‘E497 KDL’ is fitted with a 2.3 litre petrol engine, giving a little more grunt than the diesel variants offered. In addition, the camper also benefits from having received a gas conversion, as well as an awning, scooter rack, bike rack, swivelling passenger seat, original VHS video and TV, heater, safe, three way fridge and roof cover.

After part recommissioning following a period of storage by the previous owner, the vehicle has also been subject to further recommissioning by the vendor. These works include wheel refurbishment with 5 new tyres, a brake overhaul, fuel system overhaul with a solenoid cut-out fitted adjacent to the gas tank, replacement gas tank filler valve, carburettor overhaul, the water heater reconditioned (although please note this has been fitted but not re-commissioned yet), as well as the vehicle being wax-oiled and a replacement roof light fitted.

Now displaying just 30,270 miles on the odometer, believed to be genuine, as well as just 2 former keepers on the V5C document, ‘E497 KDL’ is offered for sale with a history file including a number of documents, invoices and receipts for recent work. The vendor rates the condition of the engine, transmission and interior trim as ‘Very Good’, with the bodywork, paintwork and electrical equipment as ‘Good’. Please note the toilet cassette requires replacement and the water tank will need sterilising before use.