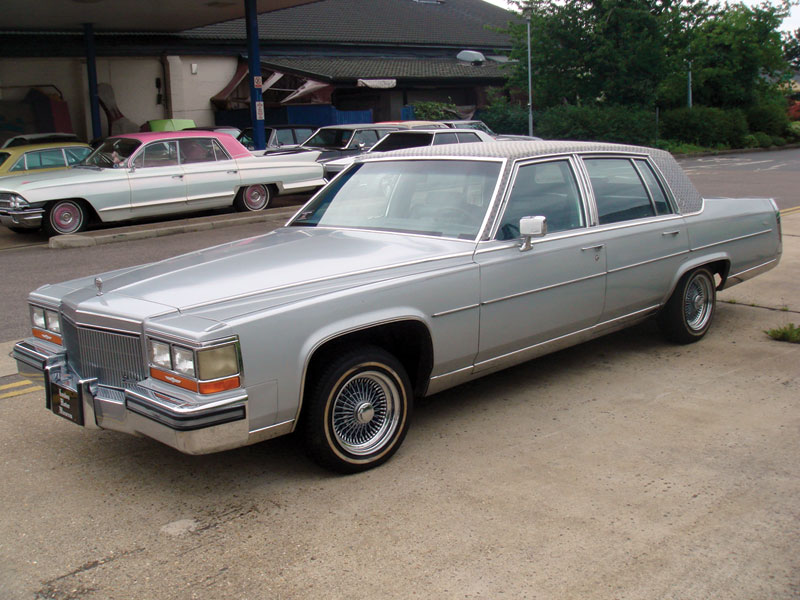 Cadillac is an icon of American success, the realisation of the American dream. The company's cars were collected by Elvis Presley and have headed the motorcades of countless American Presidents. To own a Cadillac is to have arrived. The second oldest American motor manufacturer (the first was Buick), Cadillac was founded in 1902 by Henry Leland, who named the company after his ancestor, the French explorer Antoine Laumet de la Mothe Sieur de Cadillac, who founded Detroit City in 1701. It did not remain independent for long, becoming the prestige brand of the General Motors conglomerate as early as 1909 - a position it retains to this day. The Cadillac Fleetwood was the company's flagship model from its introduction in 1947 and was developed through some seven generations before bowing out in 1996. Initially only available as a large Saloon, it was at various times also available in Coupe, Convertible and particularly Limousine guise and was powered by a long list of V6 and V8 engines. The most fundamental change in production occurred in 1985, with the fifth generation cars being based on GM's so called C-body, which resulted in a switch from rear to front-wheel drive.

The imposing Cadillac Fleetwood on offer is a Louis Vuitton special edition that was manufactured in 1989. The luxury saloon features Silver coachwork matched to a customised interior of Grey leather and Louis Vuitton upholstery. The drivetrain comprises a smooth V8 engine allied to automatic transmission. It is a left-hand drive federal model that was relatively recently imported into the UK and for which we understand a V5C Registration Document has been requested. The museum inform us that the mighty Caddy is "very original, all working and drives like new". They consider the bodywork, paintwork, engine and transmission to be "good" and the eye-catching trim to be "excellent". The car comes complete with a fresh MOT certificate. A cornerstone of the American motor industry, the Cadillac brand rightly has fans the world over - not least the UK. On this side of the pond they cut a dash by their size alone. One with Louis Vuitton trim should therefore be quite a talking point - and a far bigger statement than the ubiquitous Loius Vuitton handbag!
Share this page: