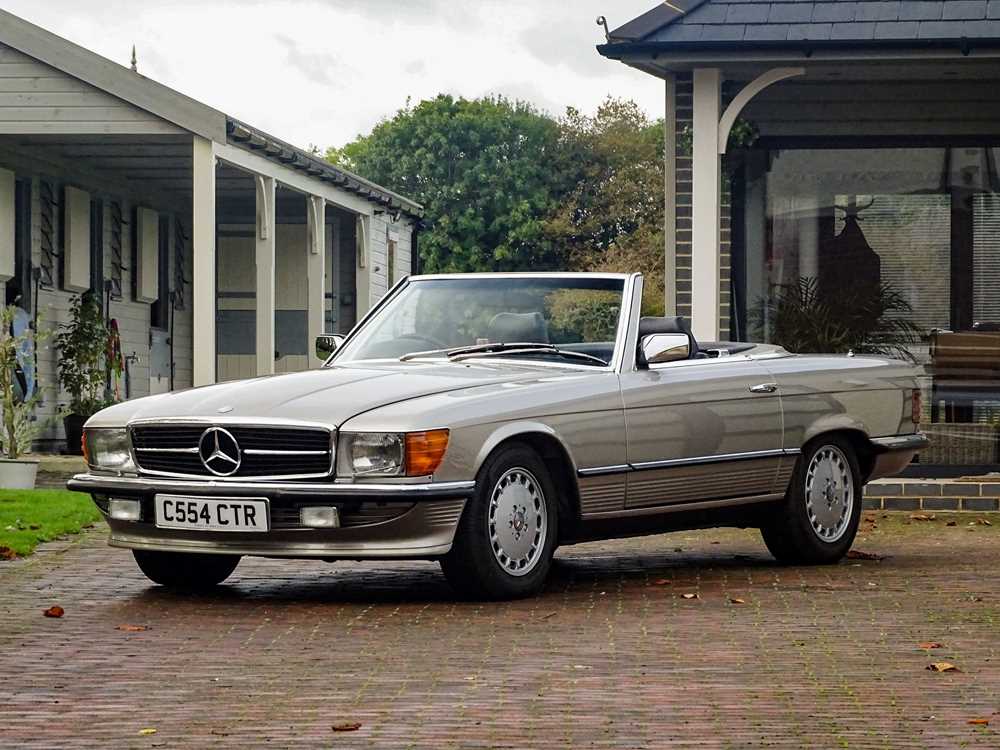 Originally built in November 1984 to a UK order this 500 SL was re-imported to the UK from Japan in 2015. Finished in Smoke Silver with Anthracite leather interior and black soft top, this extremely low mileage example registers just 12,540 miles from new. The car’s build record lists a number of options including limited-slip differential, Tempomat cruise control and anti-lock braking system. In 2020 it underwent a workshop inspection which included an engine compression test and full service. Offered with matching hard top, a collection of invoices and old MoTs, Japanese service records, original sales brochure and a book on the SL 107 series cars, this highly collectible example boasting a fantastic colour scheme is worthy of close inspection.

The landmark 300SL was unveiled in 1954 and the similarly styled, but mechanically unrelated 190 followed in 1955, completing the first generation of cars. The second series of SLs (Pagoda Top) began with the 230 of 1963. The larger, third generation model (R107) was launched in 1971, initially with just a 3.5-litre engine (350 SL) mated to a four-speed automatic transmission. The car featured a two-door monocoque bodyshell with independent suspension all round - double wishbones/coil springs at the front and semi-trailing arms/coil springs at the rear. Braking was by discs all round - ventilated on the front. Over its phenomenal 18-year reign, the R107 range was powered by no less than eight different engines. The 500 SL variant was manufactured from 1980 to 1989, and with 240bhp on tap this model, with its all-alloy fuel-injected V8, was made for Europe only (though a few slipped into North America as grey imports) and, with 60mph available in 7.4 secs and a top speed of around 140mph, was faster even than the US, Japan and Australian-market 560SL.