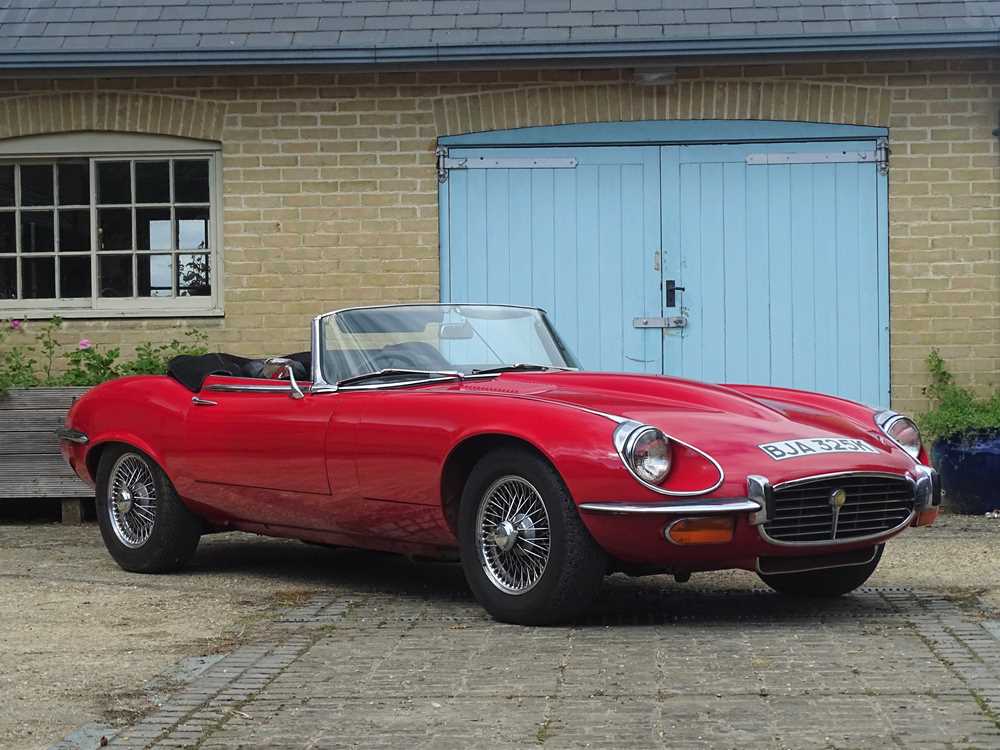 This desirable manual transmission V12 is understood to have been restored and converted from a coupe in the early 1990s at which time the odometer was reset. Although no invoices are present for the conversion it was clearly carried out to a high standard and the car looks resplendent with its red coachwork, black interior, and chrome wire wheels. Indeed, it has since won numerous prizes including the Bugatti Owner’s Club ‘Scuderia Prize’ and ‘Best in Show’ at a Jaguar Enthusiasts Club Isle Of Man Tour. Whilst in the hands of previous owners it was treated to engine works by Chequered Flag in 2011 and a gearbox overhaul at a cost of £4500 in 2014. Acquired by the vendor in 2015, more recent attention has included the fitment of a new electronic distributor cap and rotor arm in July this year. Offered with a collection of invoices, old MoTs dating back to 1993, original operating manual and sales and service book. ‘BJA325K’ is, in our opinion, sensibly priced when compared to the values of restored original examples with the vendor currently rating the paintwork, bodywork and interior as “good” with “very good” engine plus transmission and is offered with an MOT certificate into July 2022.

By 1971, Jaguar's jaw-dropping E-Type had been in production for a decade. Despite continual improvements, new emissions legislation in the all-important American market threatened to strangle the big cat's performance. Jaguar responded by giving its revered sportscar fresh claws in the shape of a 5343cc V12 developed from the stillborn XJ13 Le Mans project car. The new engine was both effortlessly powerful and eerily refined. "The turbine-like smoothness with which the engine provides a sustained shove in the back is almost uncanny, the more so when one accelerates hard in top gear without even a gearchange to interrupt one's headlong dash into the distance" (Autocar 5th July 1973).