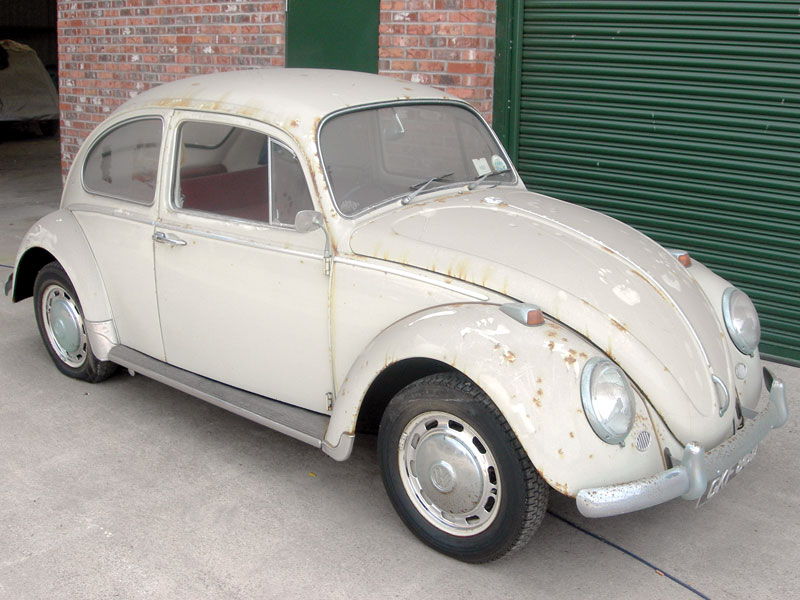 The story of the Volkswagen Beetle is like no other. Sixty-six years of production, over 21,000,000 examples manufactured, manufacture on five continents etc - the statistics are just staggering, as is the car's history. In 1933, Hitler ordered Ferdinand Porsche to design and develop a 'volkswagen' (a people's car). It needed to be a basic, affordable vehicle capable of transporting two adults and up to three children at speeds of up to 100kph (ie 62mph). The plan was to offer it to citizens of the Third Reich via a savings scheme. The newcomer finally went into production in 1938 and, while it inevitably evolved over the years (it is said to have benefited from 78,000 incremental changes), the basic concept was never altered - as enduring a tribute to the genius of Dr Porsche as he could have wished for. The familiar two-door Beetle-shaped body affixed to the car's almost flat chassis by just eighteen bolts. A raised centre tunnel provided the required rigidity. Power came from an all-alloy, rear-mounted flat-four, air-cooled engine. Suspension was independent by torsion bars all round. The no frills interior featured painted metal surfaces, a single circular instrument binnacle, a fold-down rear seat, heating by exhaust mounted heat exchangers, and a windscreen washer system powered, not by an electric motor, but the air from the front-mounted spare tyre!

'GKF 86D' is an original, one-family UK specification car manufactured in 1966. It sports Pearl White bodywork matched to a Red interior. It is powered by the 1285 cc engine. It was purchased by the vendor's parents in March 1966 from Cheshire Brothers of Myrtle - a copy of the receipt can be supplied. A much cherished family vehicle, it was apparently only used for weekends and holidays and always kept in very good condition. Garaged from new, it was even dried off following wet journeys. We understand the car is highly original (apart from the rear right wing that was hit by another car in Newquay) and that the total mileage is still under 85,000. Unmoved and untouched since the vendor's father ceased driving following a heart by-pass seventeen years ago, the Beetle now seeks a suitably caring new home.
Share: