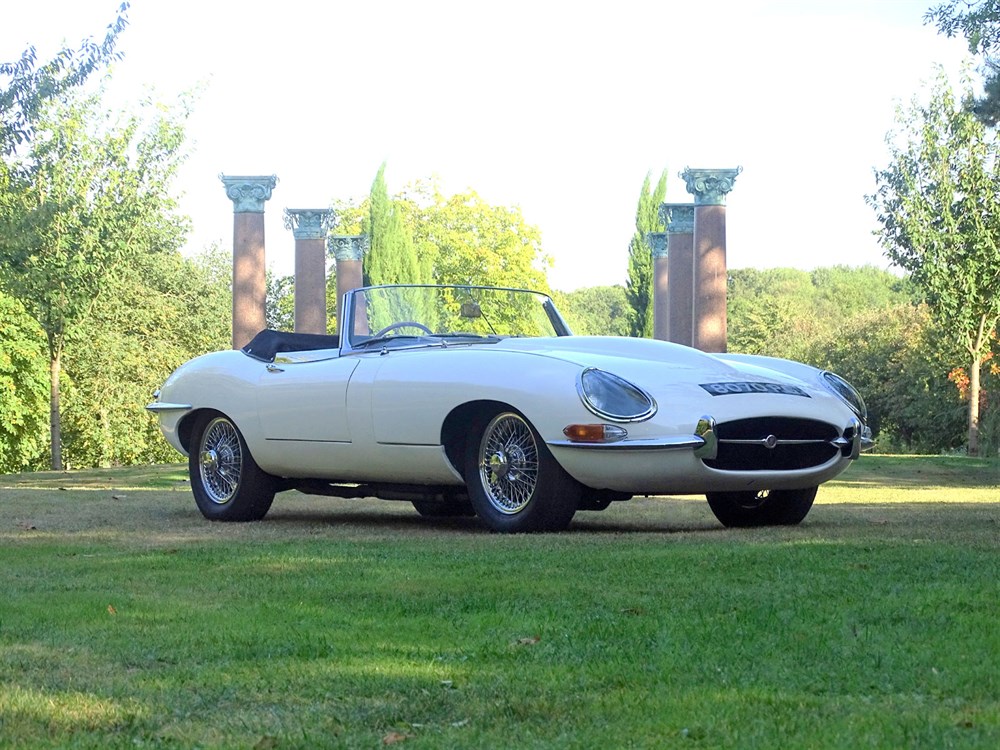 First registered by London County Council as `8070 PG' on 22nd July 1963, chassis 850731 is understood to have had just four keepers prior to entering the current family ownership in 1988. Repainted from Maroon to White when it was a year old, the Jaguar was subsequently uprated with a later 4.2 litre E-Type engine (number 7E13279-9) and four-speed all synchromesh gearbox. Rolling road tuned by Willshers Garages Ltd during 2009, the following year saw the two-seater treated to a partial bodywork renovation by NG Restorations of Hatfield, re-polished chromework courtesy of Vehicle & General Polishers and Platers Ltd of Arlesey and an interior re-trim thanks to Barton & Son of Luton (the latter including the fitment of a new Black mohair hood and matching hood bag). Sporting an alternator, Kenlowe fan and more efficient Coopercraft front disc brakes, the Jaguar started readily and ran well during our recent photography session (September 2019). Built as a `home market' E-Type 3.8 Roadster but since upgraded with 4.2 litre running gear, `8070 PG' is expected to possess a fresh MOT certificate by the time of sale. Pleasingly retaining its original buff logbook, this tempting Series One Roadster is also accompanied by numerous bills / invoices and old MOTs.

One of the great motoring icons of the last century, Jaguar's E-type is a car that has always inspired loyalty and devotion. Born out of the fabulous D-type racer, it soon acquired a strong competition heritage of its own. Faster and more glamorous than virtually any production rivals, the newcomer put many so-called 'sportscars' to shame at its 1961 Geneva Motor Show launch. Certainly few could live with the model's reputed 150mph top speed or the savage acceleration that allowed it to touch 60mph in less than seven seconds.
Share: