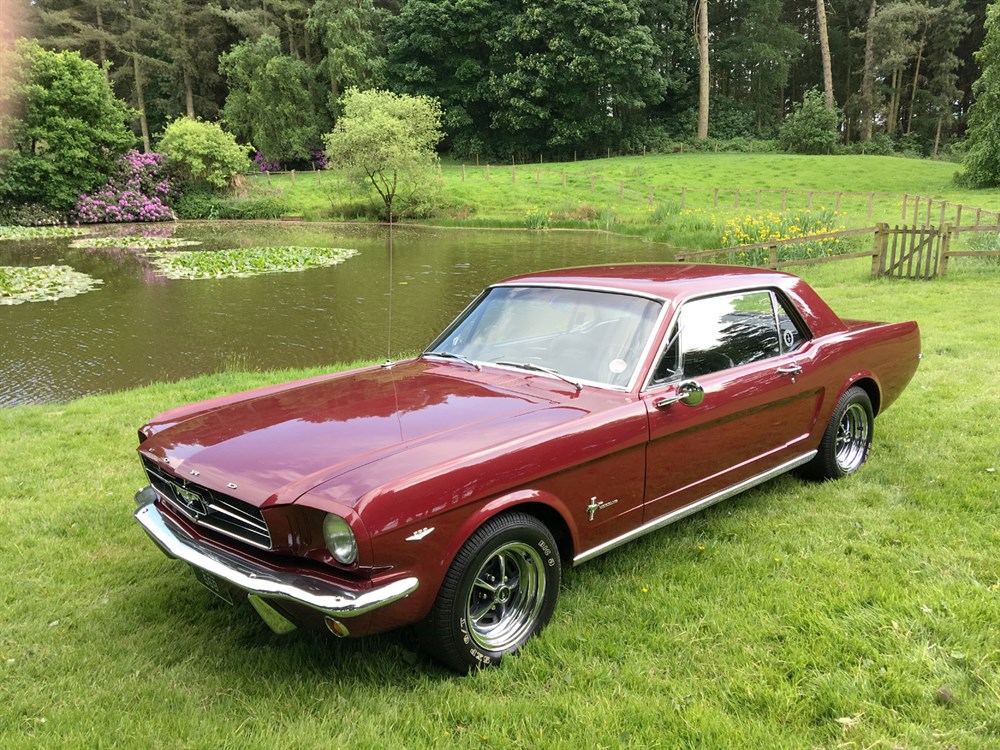 The Mustang underwent a bare metal respray in the original Ford Vintage Metallic Burgundy paint supplied by the Anglo Dutch Paint Company. The car is fitted with inertia reel seatbelts factory A/C and Rally PAC (this package included a tach and clock in a 2 pod mount on the steering column) and radio The centre console shifts C4 auto transmission with 14'' Magnum wheels and P235/60 tyres. The client tells us that the car has always been in dry storage with zero rust and the underside as factory finish is painted in flat black hammerite not under seal. All the body panels are straight and original with factory finish shut lines. The last Ministry of Transport Test MOT the Vehicle passed with no advisories.
Share: