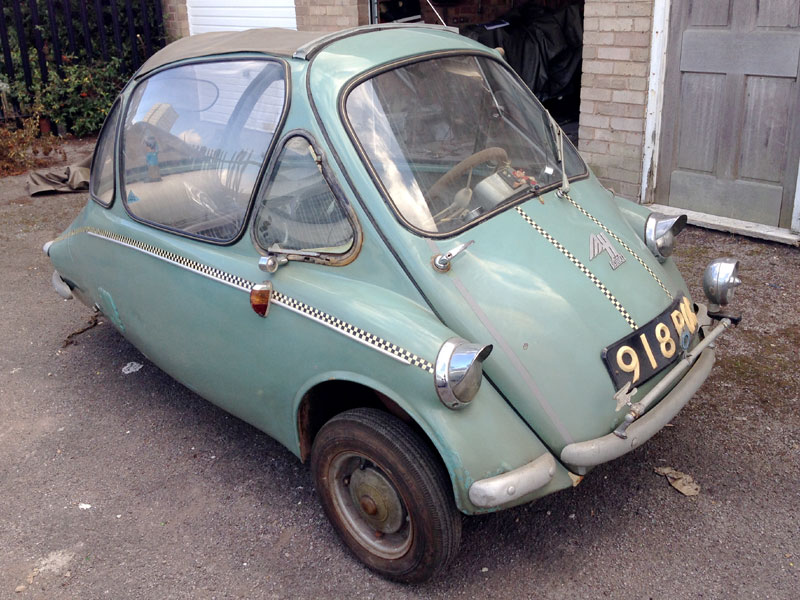 - Entered from a deceased estate

- Requires recommissioning but thought to be 'generally good'

The Type 153 was Heinkel's three-wheeled competitor to the BMW Isetta, Messerschmidt KR200 and other bubblecars of the austere late '50s/early '60s. Powered by a rear-mounted single-cylinder four-stroke engine of 204cc (later reduced to 198cc), it featured a front opening door plus a fabric sunroof that served both as a fair-weather accessory and escape hatch in the event of the door becoming jammed. European production was carried out in Germany from 1956 to 1958, Dundalk in Ireland from 1958 to 1960, and by Trojan Cars on the UK mainland from 1960 until the cessation of the model in 1966.

The seemingly unmolested example now offered comes from a deceased estate, and is believed (but not warranted) to have had just one owner from new and covered a total of 7,010 miles in the whole of its 55-year existence. Dry stored for many years but apparently regularly attended to, it is considered by the vendor to be in generally 'good original condition', though the hydraulic braking system is apparently not currently functional. The Blue paintwork is described as 'dull with some small dents and scratches'. '918 BOC' is being sold complete with original owners' and workshop manuals. A rare opportunity.
Share: