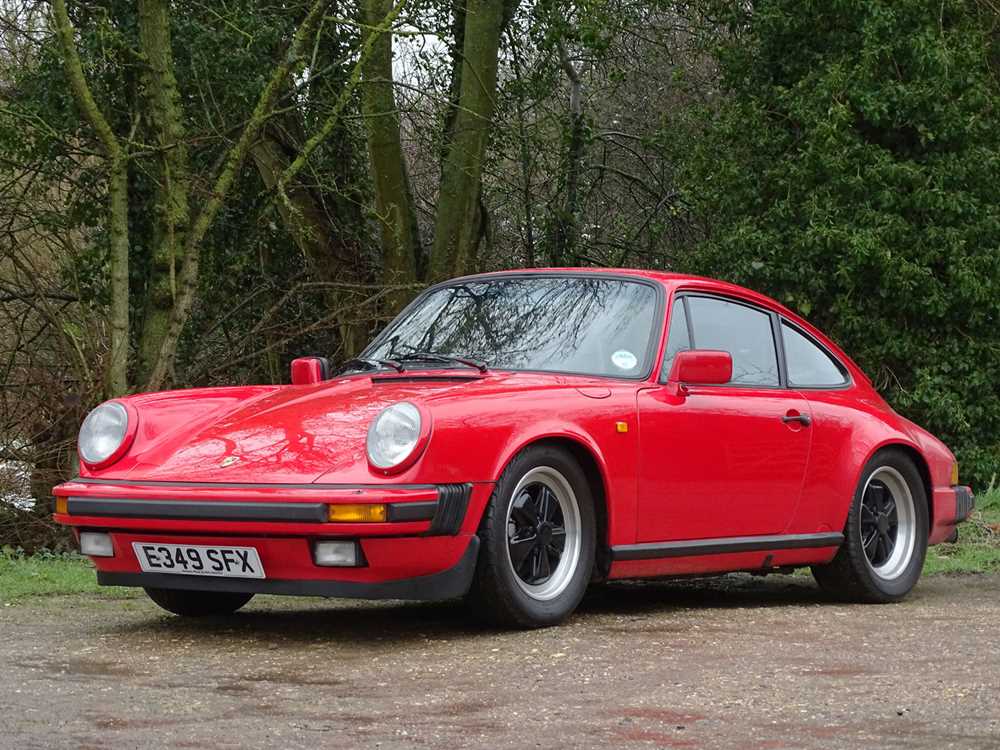 Supplied new by Merlin Cambria Porsche of Cardiff this Carrera Sport model is finished in Guards Red with black trim and has been in the current ownership since 2014. The car’s clean lines are enhanced by the deletion of the rear spoiler making it all the prettier in the eyes of many enthusiasts and has original Fuchs wheels with the correct size tyres fitted. Registering some 99,700 recorded miles it boasts the desirable G50 gearbox and was treated to new plugs, an oil change and refurbishment of the injector rail in May 2019. The accompanying service book records no less than 21 stamps and the car comes with a collection of old invoices, 20 expired MoT certificates, tax discs, 2 sets of keys and handbooks. Described as being in “very good” condition as regards its bodywork, paintwork, engine and interior trim, E349 SFX is offered with a fresh MOT.