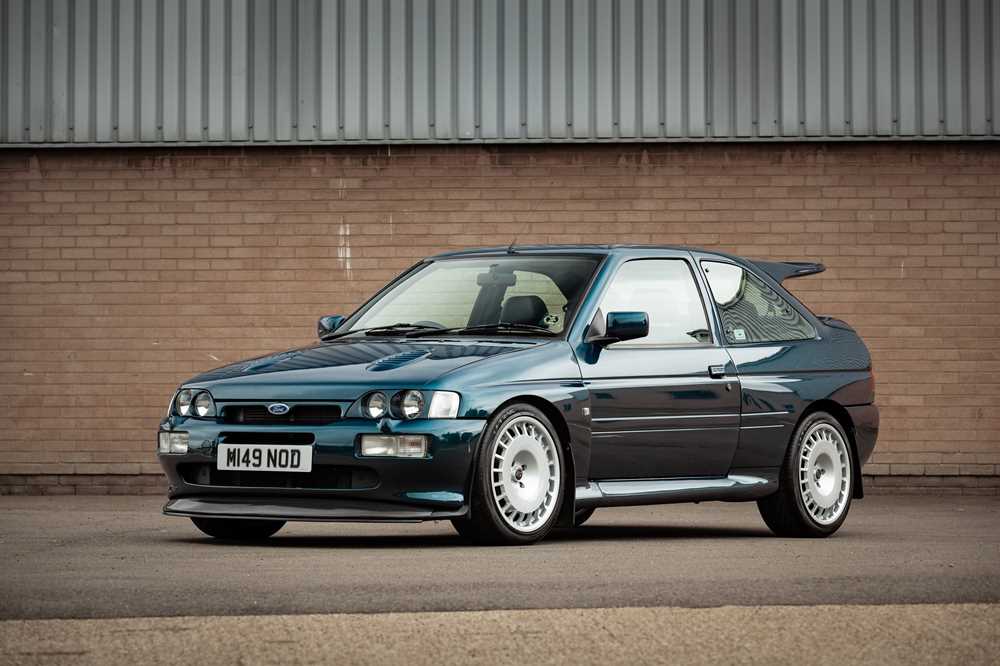 The Ford Escort RS Cosworth was a rally homologation special of the fifth generation Escort. It was designed to qualify as a Group A car for the World Rally Championship, in which it competed between 1993 and 1998. It was available as a road car from 1992-96 in very limited numbers, only 7,145 vehicles were produced from the start of production on 19 February 1992 until the last car rolled out of the factory on 12 January 1996. It was instantly recognisable due to its large "whale tail" rear spoiler. The main selling point was the Cosworth YBT engine, a highly tunable turbocharged 2-litre engine that had an output of 220 PS in standard trim.

Finished in Mallard Green paintwork with Black leather Recaro LUX seats and interior upholstery, this RS Cosworth has covered just 36,950 miles from new. Having just five former keepers, the Escort is accompanied by a large history file that comprises the original service book containing four entries, handbook, original P.D.I form, additional service records, most of the MOT certificates since 1998, numerous tax discs and a quantity of past invoices. Recently prepared for sale by Norris Motorsport including a service and turbo removal and refit. Offered with three keys and immobilser, the Escort Cosworth is fitted with a tracker and is due to be provided by a fresh MOT in time for the sale.