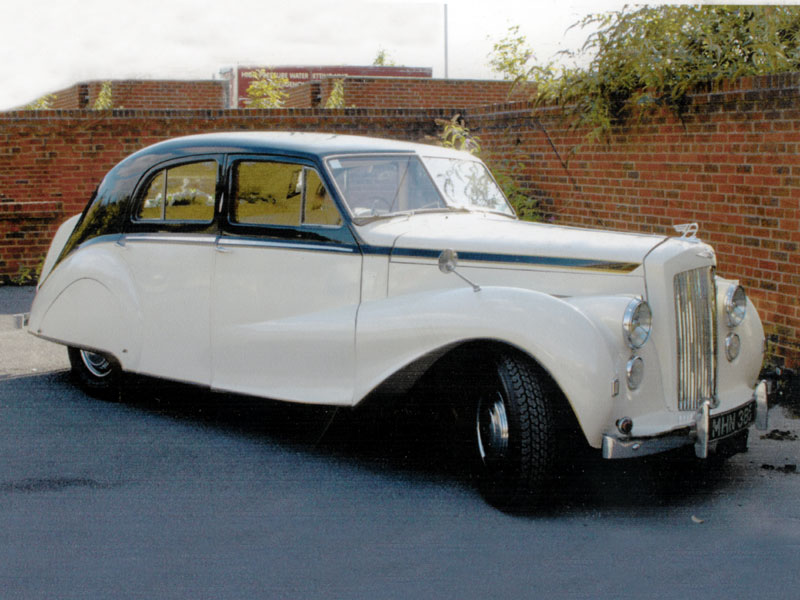 The Princess was produced by Austin and its subsidiary Vanden Plas from 1947 to 1968, when it was supplanted by the Daimler DS420. The mainstay of many a hire fleet and civic car pool, it was available in two guises - the Saloon (DS) or limousine (DM), which had a sliding glass partition. There was little difference between the original MK1 (A120) and the MK2 (A135) models, both of which were powered by the same 3995cc OHV straight-six engine and capable of accelerating to 60mph in around 20 seconds and on to a terminal speed of 90mph.

This right-hand drive Austin A135 dates from July 1949 and is finished in Black and Cream and trimmed in Cream leatherette. It was apparently refurbished by the vendor's company in 1997 and again in 2009. This work included the complete reupholstering of the interior, new carpets and an engine overhaul. 'MHN 385' has also benefited from the fitting of a stainless steel exhaust system from the downpipe back, and five new tyres. According to the vendor, the six-cylinder engine, four-speed gearbox and interior trim are all in "good" order, while the paintwork "needs slight attention". The recorded mileage is an unwarranted 32,368 and the venerable Austin's current MOT is valid until July 2013.
Share: