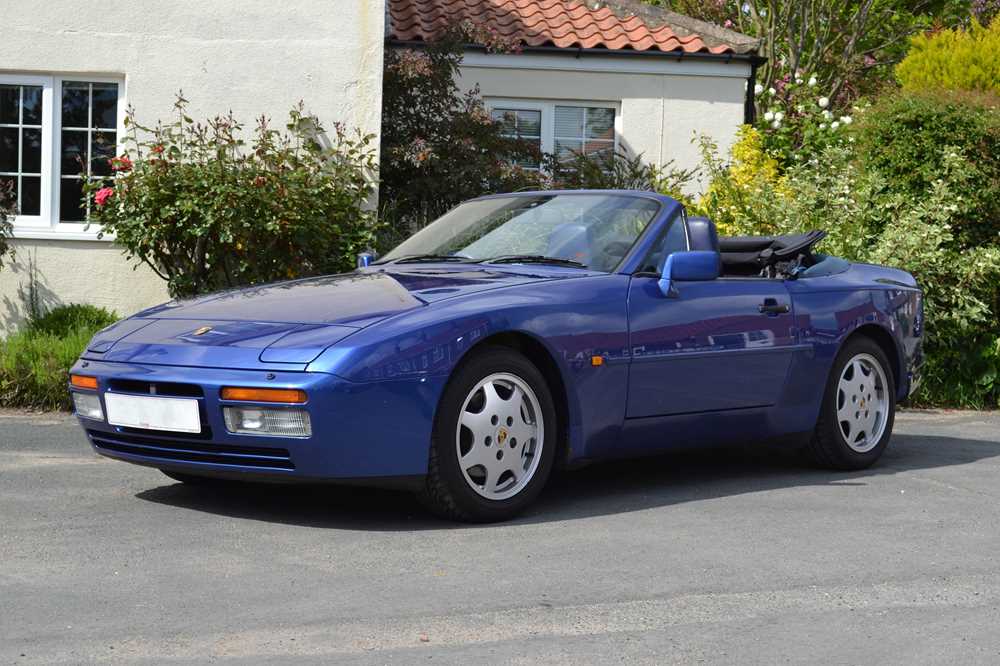 This 944 was manufactured in 1992 and was registered new in the United Kingdom on the 13th of February 1992 having been supplied new by JCT600 Limited of Hull. Fitted with the 2990cc straight-four engine mated to a five-speed manual transmission. The 944 is finished in Blue metallic paintwork with Blue leather interior upholstery and a Blue hood. This Porsche has only covered 37,845 miles from new (at time of consignment) and has had only one owner from new, with the one previous registered keeper being a business associated with the vendor.

Specified from new with optional extras of headlamp washers; headlight aim control and leather seats. The 944 S2 Cabriolet is accompanied by the original book pack; a large number of past MOT certificates and several old invoices. The book pack contains the stamped service book, service guide, driver's manual, guide to Porsche assistance and Blaupunkt manual, presented in the original wallet. The service book contains eight service stamps (all bare one from JCT600, that one being from Porsche Centre Leeds) and three brake fluid change stamps, also provided by JCT600. Last serviced by JCT600 at 34,778 miles, the Porsche is further supplied with a current V5C and an MOT until October 2021.