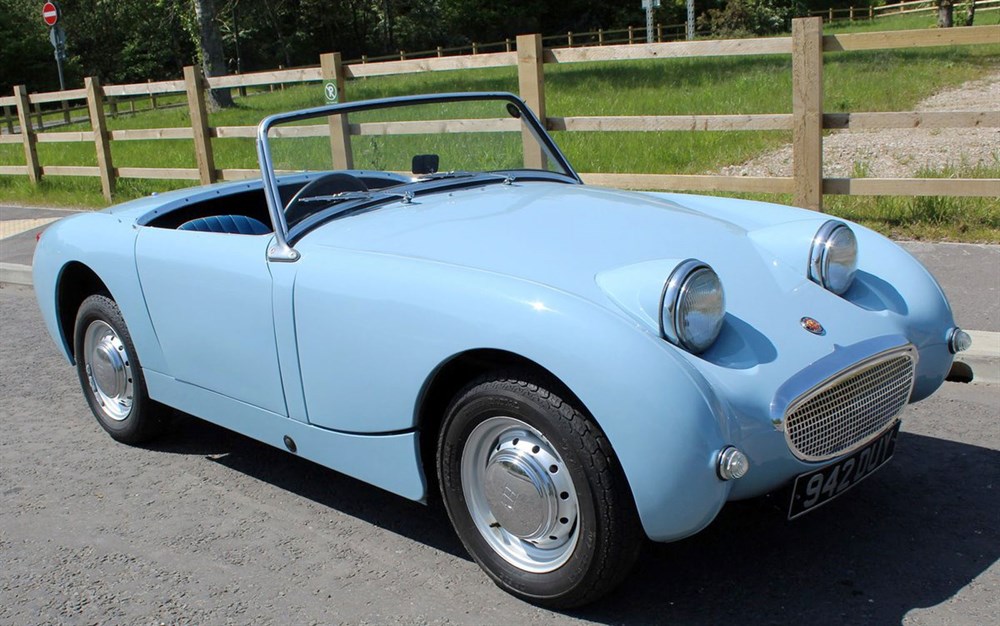 - Only 56000 recorded and credible miles

Known history, 1st owner was a Doctor who bought the Sprite new in 1961, 2nd owner 1966 a friend of the former owner, 1978 to 2017 former keeper. Recent new rear leaf springs and service and it drives superbly. A Donald Healey design aimed to capture the popular sports car market of the day. Launched in 1958 and cost £669.00 pounds. It used a tuned 948 cc OHV motor borrowed from the Austin A35 and it put out 43 BHP helped by Twin SU carburettors. Independent front suspension, semi elliptic rear leaf springs and rack and pinion steering made it handle and driver very well. Production ended in 1961 and the MK2 Sprite was launched which also shared the MG Midget badge. A classic British sports car with bags of charm and its ready to enjoy. Supplied with V5C, supporting history."
Share: