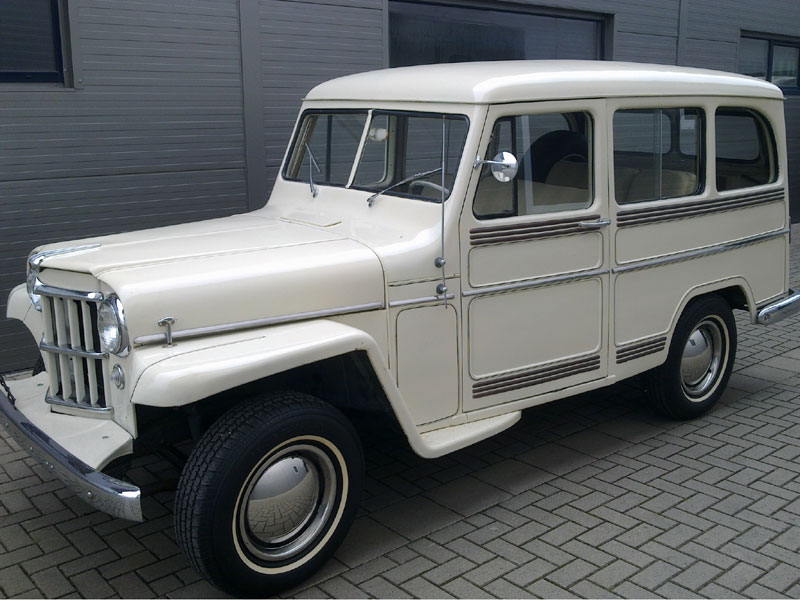 A direct development of the company's ubiquitous war-time Jeep, the Willys-Overland Station Wagon was introduced in 1946. It was the first mass-market, all steel passenger vehicle of its type and therefore arguably the world's first SUV. Efficient to mass produce, easy to maintain and safer than the wood-bodied Estate Cars (Woodies) of the time, it was eventually offered as a two-door Van, and two or four-door Estate Car, and remained in production until replaced by the Jeep Wagoneer during 1965. During its 20-year reign it was powered by a variety of four and six-cylinder flathead and ultimately OHC engines. A highly practical proposition, ideally suited to a nation rebuilding from the war, the model's US production eventually topped the 300,000 mark, while it was also exported in knockdown kit form to a range of other countries under licence, joint venture arrangements etc.

The smartly presented left-hand drive example being sold was manufactured in the USA during 1958 and is finished in Cream with Cream upholstery. Powered by a 226ci/3.7litre straight-six engine allied to three-speed manual transmission, it has the desirable option of overdrive (always a plus with a flathead motor). The Willys is believed to have resided in Texas throughout its life until recently being imported, duty paid to Germany. The vendor informs us that it was treated to some fairly extensive remedial work around four years ago, at which time: the engine and transmission were partially overhauled, a new exhaust system fitted, the electrical system converted from 6- to 12-volts and an electric fuel pump installed in place of the mechanical one. More recently the Station Wagon has benefited from a new set of tyres and the rechroming of its front/rear bumpers. The vendor now describes the vehicle's bodywork, engine and transmission as "very good" and the paintwork and interior trim as "average". The odometer currently displays an unwarranted 109,000 miles.
Share this page: