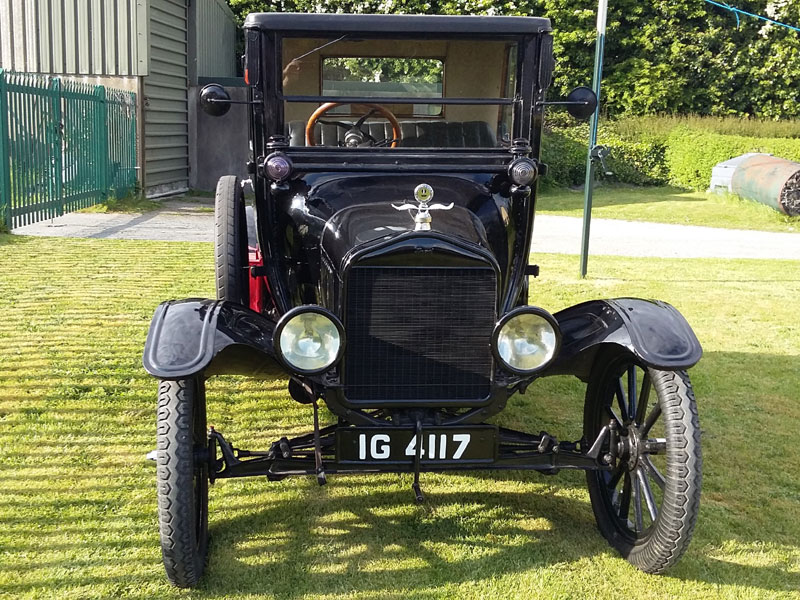 This charming right-hand drive Doctors Coupe is presented exactly as Ford intended - ie in Black throughout. It was manufactured in Canada in 1917 and granted the UK registration 'IG 4117' in January of last year. The vendor currently considers the enclosed bodywork, two-seater interior, 2896cc engine and two-speed transmission as all being in 'excellent' condition. The venerable T is being offered complete with Rocky Mountain brakes, flip-up indicators, three-stud detachable wheels plus a spare, distinctive gullwing radiator cap, wood-rimmed steering wheel, red-coloured running board-mounted Shell fuel can, V5C and owner's instruction book. Launched in 1908, Henry Ford's ubiquitous 'Tin Lizzie' was the car that set both his company and the world at large on the move. It was powered by a 20hp four-cylinder engine that drove through a two-speed epicyclic gearbox uniquely controlled by three foot pedals and a lever. No less than 16.5million examples were produced between 1908 and 1927.
Share: