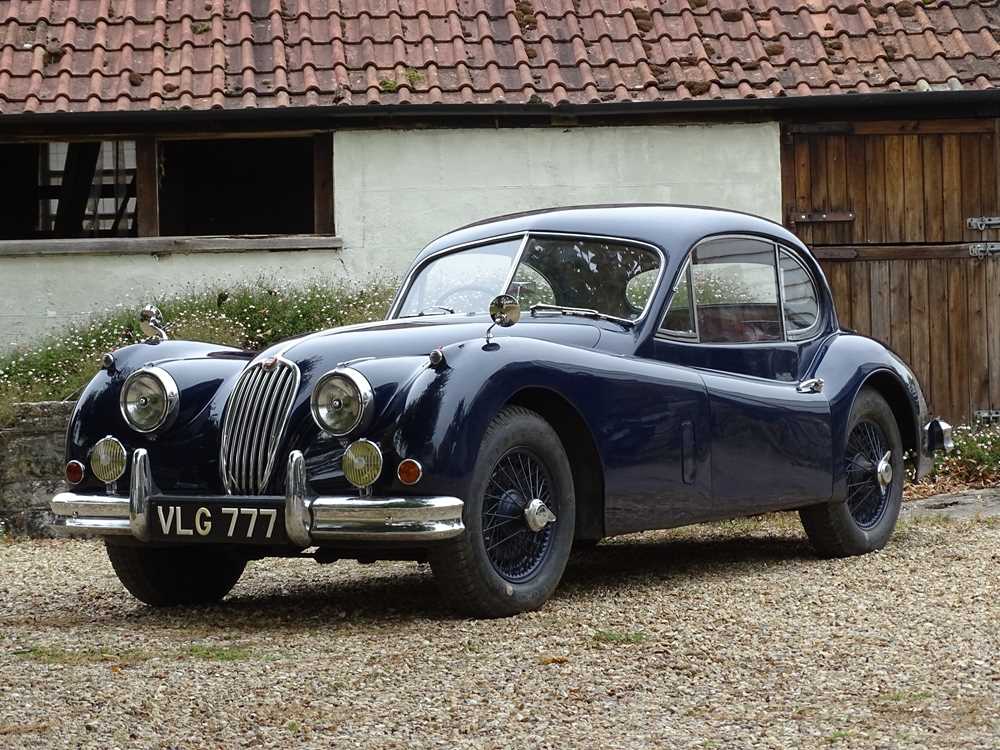 ‘VLG 777’ is finished in a deep shade of Blue, rides on colour-matched wire wheels and is trimmed in contrasting Red hide. A matching numbers car first registered in May 1955, it is one of only 843 such examples to have been equipped with righthand drive, so a relatively rare car. The subject to a bodywork restoration and repaint in c.2015, this venerable cat was treated to cylinder head work, new plugs and an oil/filter change in 2018. It has a pleasing patina and is currently considered by the vendor to have ‘good’ Coupe bodywork, paintwork, upholstery, straight-six engine and four-speed manual transmission. He is now offering the Jaguar complete with desirable electric fan, photos of the restoration, reproduction handbook, maintenance manual, book on XK Jaguars, and a collection of invoices and old MOT certificates.