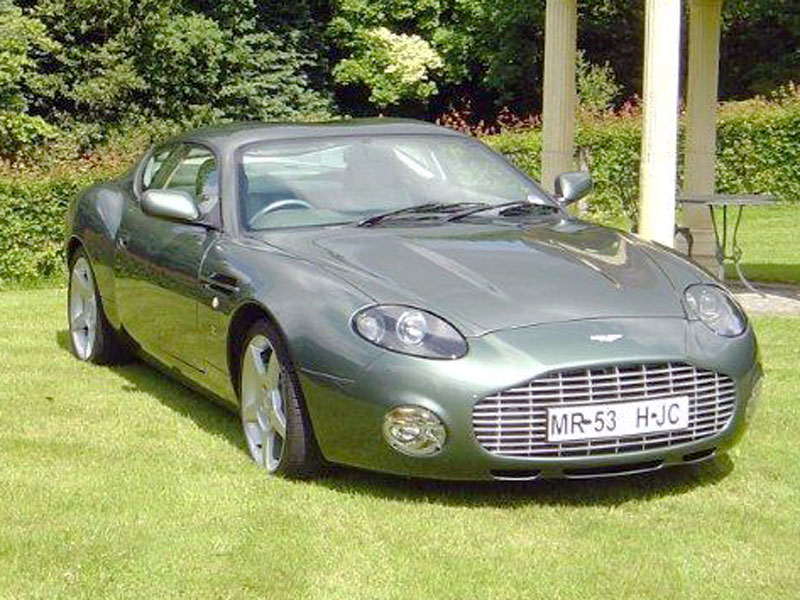 The handsome DB7 was built during Ford's tenure of iconic British sports car manufacturer, Aston Martin, and revived the nomenclature of the much vaunted and now highly collectable David Brown Astons of the '50s and '60s.
The model was launched at the Geneva motorshow of 1993 and, as Ford also owned Jaguar at the time, based on a modified XJS platform. Though the memorable styling owed much to the stillborn Jaguar F-Type, the final look was crafted by in-house designer Ian Callum. Power for the standard car came initially from a supercharged, Jaguar-derived straight six unit of 3.2-litres capacity. However, Aston Martin raised the bar several notches further with the V12-engined Vantage they unveiled at the 1999 Geneva Motor Show. Its six-litre powerplant had previously been seen in a Ford concept car, the Lagonda Vignale and finally the Project Vantage. The six cylinder DB7 was quietly retired in June 1999.
History relates that Aston Martin had little trouble securing orders for the limited-edition DB7 Vantage Zagato that was first shown to the public at the Paris Salon in October 2002 and, with all 99 cars spoken for, production duly began in mid 2003.

The newcomer was based on a shortened DB7 Vantage Volante platform. This was built in the UK and then shipped to Zagato in Milan for the hand fitting of the body panels, which were mostly formed in aluminium. As a result of the reduction in length, the Zagato lacked the rear seats of the standard car and had a smaller boot. This Aston Martin was strictly a two-seater. Power came from an uprated version of the company's now familiar 6.0-litre V12 engine that, complete with all new exhaust system, produced 435bhp. Combined with the reduced weight (the Zagato was 60kg lighter than the standard car) this resulted in memorable performance, with a top speed approaching 190mph and a 0-60mph time of around 4.9 seconds.

Distinguishing features of the Zagatos included: a deeper version of the classic AM grille and a unique rear screen and rear light cluster, while the boot panel is of the drop down variety. The factory retained a pre-production example for their own use, so there are in fact a total 100 Zagatos in existence.

The right-hand drive Zagato being sold was purchased new by the vendor in 2003 and is number 74 of the 99 production cars made. Its coachwork is resplendent in Chiltern Green, while the interior is trimmed in a combination of grey and black leather. The following repairs were carried out under warranty: the removal and replacement of the front and rear screens and the rubber on the rear one; the renewal of the differential; the replacement of the header tank for the cooling system. According to the vendor, the car is now "thoroughly sorted" and "very reliable". Indeed, he regards the paintwork as "perfect" and the engine, transmission, interior trim and electrical equipment to be "as new". The Aston is taxed until August and MOT'd into February 2011. The indicated mileage of 10,070 is assumed to be correct.

With a production run of just 99, these Zagatos are few and far between. Moreover, those that bought them understandably have a tendency to hang on to so special a model. 'MR53 HJC' therefore represents a decidedly rare opportunity to purchase one of the great Aston Martins of the current era.
Share: