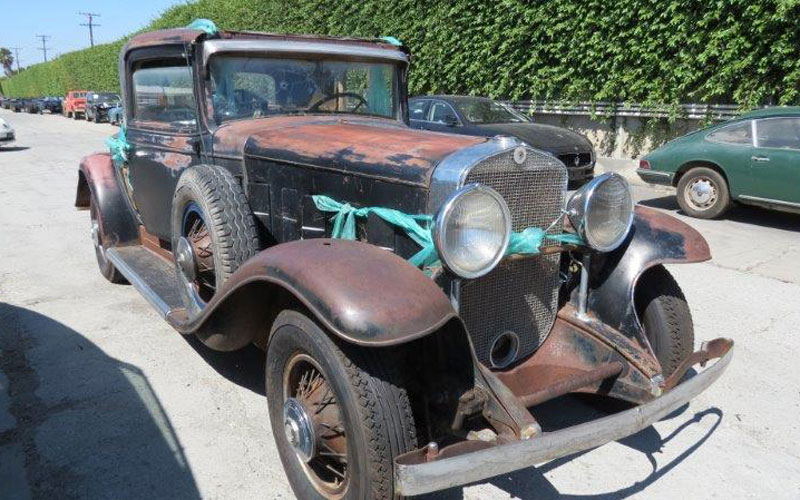 Introduced in October 1930, the Series 370-A was Cadillac's first V12 engined model. Essentially a scaled down version of the marque's magnificent Series 452 V16 range that had been launched the previous year, it was similarly engineered by Ernest Seaholm and Owen Nacker. Available with 140-, 143- or 150inch wheelbases, its massive chassis was equipped with all round leaf-sprung suspension and fifteen-inch vacuum servo-assisted drum brakes. Like its V16 sibling, the V12 featured a heavily stylised engine bay in which ancillary components were largely hidden from view and the motor itself presented as a piece of monolithic sculpture. To maintain this illusion even when running the advanced unit boasted hydraulically rotated eccentric bushings to dampen the noise from its overhead valve system. With a bore and stroke of 3.125inches x 4inches, the 45º V12 displaced over 6,000cc. Reputed to develop 135hp @ 3,400rpm together with prodigious torque, it was mated to a three-speed manual gearbox that carried synchromesh on its upper two ratios. Utilising a three-quarter floating back axle housing a spiral bevel differential, it could be had with a bewildering range of different bodystyles by both Fischer and Fleetwood (though the latter were responsible for all interiors).

One of just three such Coupes known to exist, chassis 1000451 was purchased new by a mine owner as a present for his wife. Resident in the dry state of New Mexico thereafter, the Cadillac still retains traces of its original Black paint and Grey upholstery. Seemingly taken off the road with engine trouble, the Coupe comes with a spare V12 as well as its original powerplant. Substantially complete, this extremely rare and attractive Cadillac has been duty paid into the EU and is offered for sale as a worthwhile restoration project complete with 1952 New Mexico title document.
Share this page: