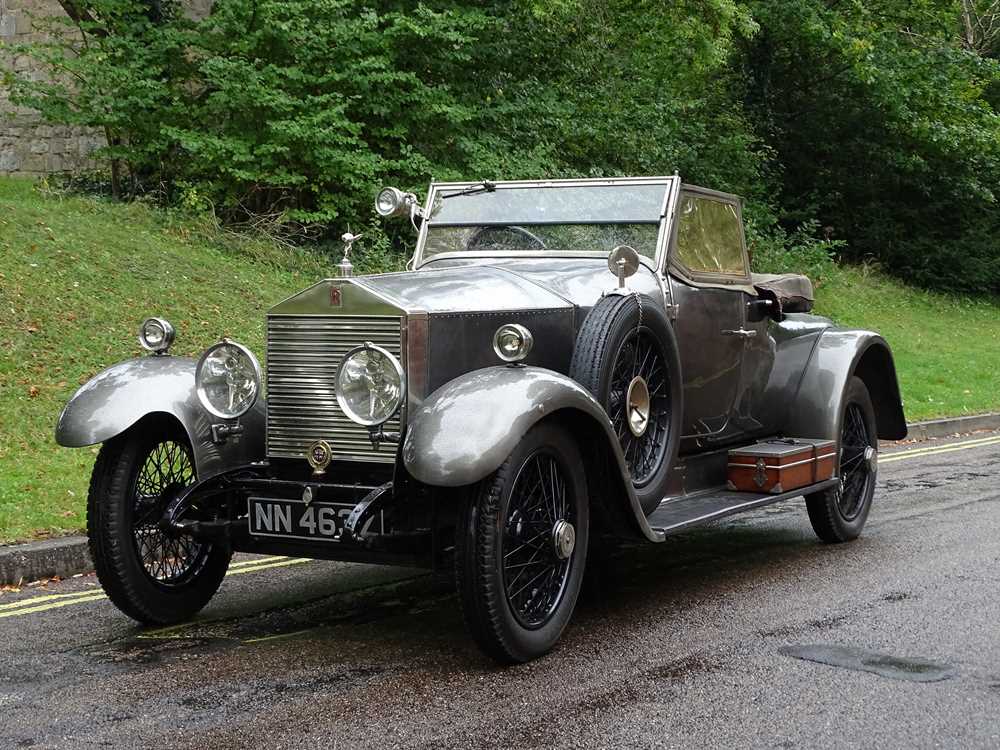 This imperious, matching numbers Tourer (chassis 57S9) hails from 1923, and is one of only two Rolls-Royce 20s ever to be graced with a Windovers body built to drawing No.944a. The sister car belonged new to the inventor of radio, Guglielmo Marconi, but has not been heard of since 1986. 57S9 was delivered new to Mr Edmund James Noble, director of the Steetley Lime company, and it was in 2018 that in excess of £36,000 was invested in comprehensively: refurbishing the engine and ancillaries; overhauling the clutch, brakes and front shock absorbers; updating the electrical and lighting systems; and installing new tyres, inner tubes and tube savers. The vendor now gauges the coachwork, Grey paintwork, engine and transmission as all being in ‘good’ condition however the paintwork does carry Patina and is offering this splendid vintage Rolls-Royce complete with log books dating back to the third owner, copies of the original instructions and test records, 20HP handbook, tax discs back to 1991, and sundry items of correspondence, invoices and photographs. A rare opportunity.

PLEASE NOTE: This lot needs a new Bendix spring and due to this needs to be started on the handle.