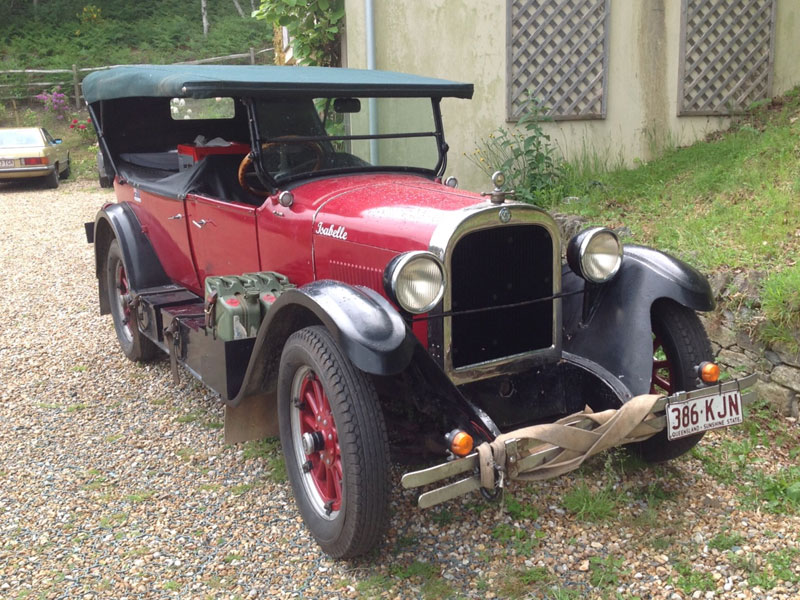 - Engine overhaul by David Moore of New South Wales, Australia in 2014 at a cost of $6648 Australian dollars

If you have ambitions to compete in one of the world's great marathon car rallies, then 'Isabelle' is the mount for you. Why? Because this well-travelled right-hand drive Vintage Tourer has already proved its worth on the 2010 Peking to Paris and 2016 Paris to Vienna events. Having received an extensive mechanical overhaul that reportedly encompassed everything apart from its differential, driveshafts and axles in 2008/09 ready for the P2P, the Dodge's four-cylinder 3.4-litre engine was treated to an additional refresh in 2014 by David Moore of New South Wales, Australia at a cost of $6648 AUD. Fitted with electric fans, and a distributor in place of its original magneto, the Tourer is offered with Nova reference concerning its UK import, collection of invoices and various spares. Strikingly finished in Red over Black the Dodge is currently considered by the vendor to have 'excellent' engine and three-speed manual transmission, 'serviceable' paintwork, 'very marginal' interior trim and 'average' four-door bodywork. Indeed, aside from a full service he believes this indomitable Tourer is ready for another crack at the P2P. Still in production, a book which includes photos and the history of 'Isabelle' competing on the 2010 Peking to Paris will be sent to the new keeper.
Share: