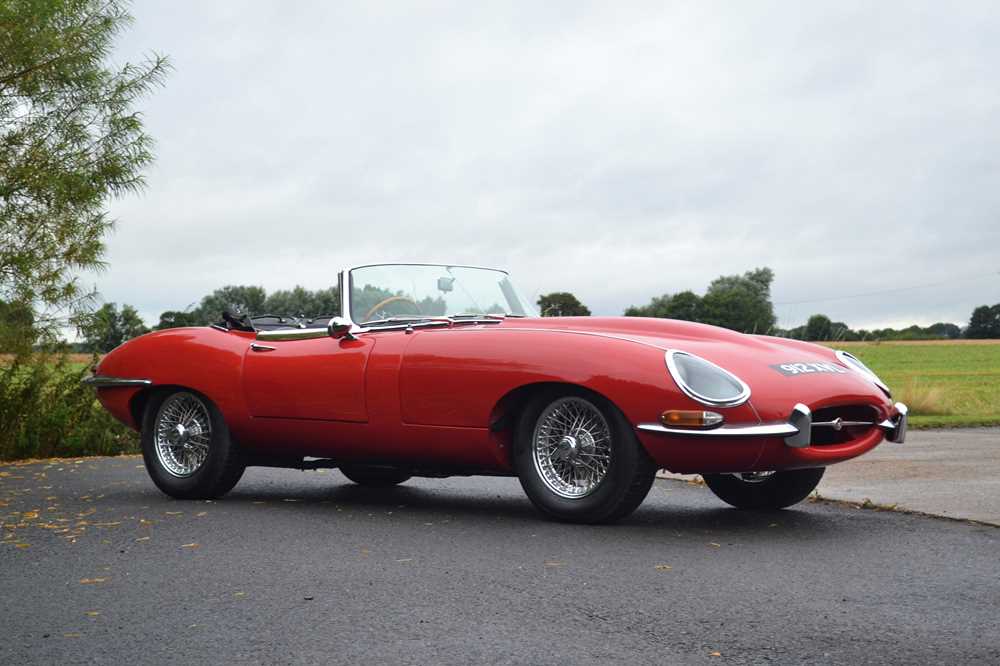 Famously launched at the 1961 Geneva Salon, the Jaguar E-Type created a furore on its debut and has become one of the most iconic automotive designs in automotive history. With its stunning looks, outrageous performance and accessible price tag, the newcomer left rivals reeling and customers clamouring. While early competition success in the hands of Graham Hill and Roy Salvadori among others helped cement its reputation on the racetrack, the list of celebrity owners ensured its cult status on the roads. Built as a monocoque with an engine cradling front sub-frame a la D-Type, the model's combination of all-round independent suspension, rack-and-pinion steering and four-wheel disc brakes gave excellent roadholding and handling capabilities. Fed by triple SU HD8 carburettors and topped with a 'straight port' DOHC cylinder head, its 3781cc straight-six engine was quoted as developing some 265bhp and 260lbft. Allied to a four-speed Moss gearbox, the free-revving unit reputedly enabled the E-type to sprint from 0-60mph in 6.9 seconds and onto 150mph – figures the press cars certainly managed even if the standard ones couldn’t quite! Seemingly borrowed from a light aircraft, the wonderful turned aluminium centre console that adorned its cockpit was complemented by scalloped 'Dunlopillo' seats and a wood-rim steering wheel. Achingly beautiful yet viciously quick, the sublime E-type remains for many the ultimate production Jaguar.

According to its accompanying Jaguar Heritage Certificate, chassis number 877718 was completed on the 10th of July 1962 and was supplied new through Jaguar Cars, New York, United States of America, being dispatched on the 3rd of August 1962. An early series one Roadster, it has a 3.8-litre engine with a four-speed manual transmission. Owned by a Beverly Wilson of New York between 1967 and 2014, the E-Type was subsequently purchased by John Delong (who is well-renowned as one of the largest E-type collectors in America) where it remained until it was sold and repatriated to the UK in 2019. Originally presented in Opalescent Silver Blue with Dark Blue interior, upon repatriation ‘912 XVL’ was in restored condition and finished in the Red paintwork and Black interior color combination seen today. The recommissioning was completed by ASM Classics Ltd of Brands Hatch once in the UK including being converted from the original left-hand-drive configuration to right-hand-drive, as presented for sale today. This ‘matching numbers’ example has been UK-registered and is accompanied by a current V5C document and the aforementioned JDHT heritage certificate.