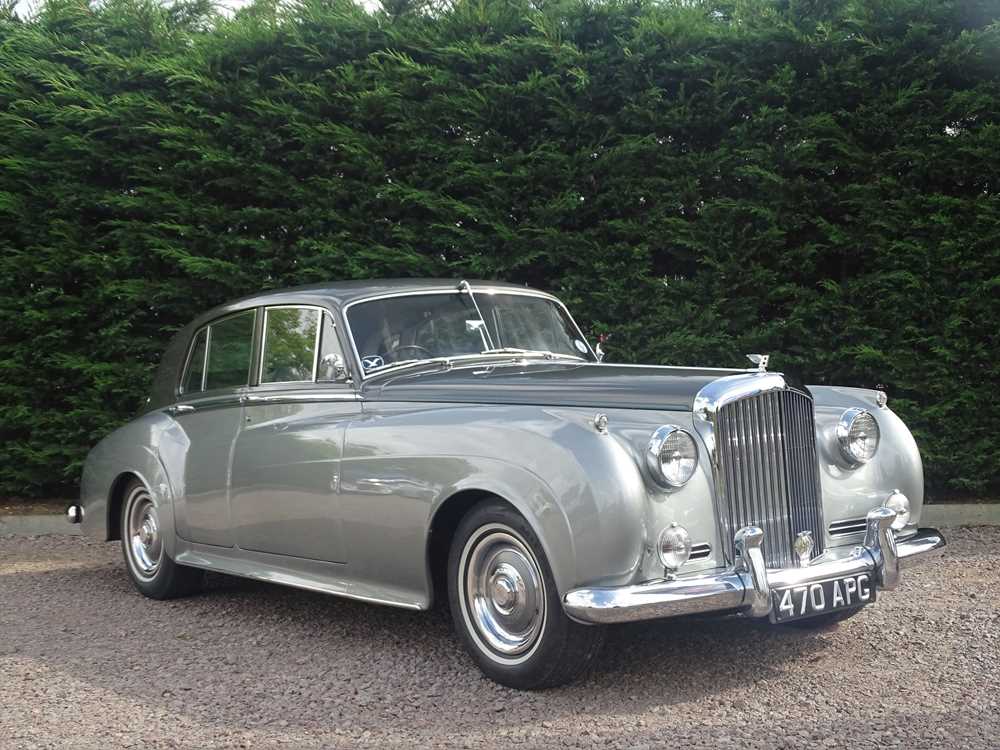 Purchased new by a Mr John Stroyan, resident of Sunningdale, Berkshire, it seems he must have enjoyed the car as it remained in his hands until 1977. Around 1985 it was sold to an American owner and imported to the USA spending its stateside sojourn in Texas. By 1997 the car was back in the UK and offered for sale by Hoffman’s of Henley and in 1998 it passed into the custodianship of the Hans Bezemer Collection. Retaining its original registration number, this low mileage example has covered just 50,800 miles from new and has been with the vendor since 2013. B231BC is finished in Tudor Grey over Shell Grey with blue leather interior and whilst in the vendor’s hands has benefited from new door seals and rubbers and a new master cylinder. Offered with a large collection of invoices, old MoTs back to 1983, early handwritten record book, assorted correspondence, handbook, automatic gear operation manual, chassis cards, a copy of its old logbook and a US title it is said to be in “good” condition cosmetically with “very good” engine and gearbox. Offered with an MOT certificate into June 2022.

The Bentley S1 was unveiled in April 1955. It was both longer and wider than its predecessors and based on a much stiffer chassis of 16-gauge closed box-section design, complete with cruciform centre bracing. The vast majority were delivered with the standard coachwork produced by Pressed Steel Ltd, with weight saving alloy doors, bonnet and boot lid. The newcomer was powered by the final iteration of the company's venerable 4.9-litre straight six engine featuring revised cylinder-head porting and producing 178bhp. As standard, the unit drove through a four-speed automatic gearbox with steering column control. The price at introduction ranged from circa £4,669 to £6,894 depending on specification and the model could accelerate to 60mph in around 14.2 seconds and just exceed the magic 100mph barrier.