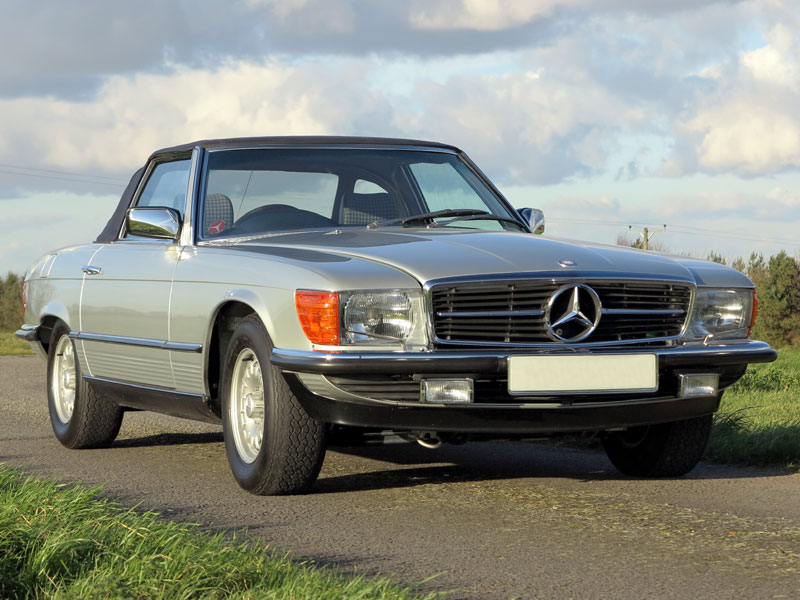 - Extensively restored during the 1990s/2000s and sparingly used since

Good Series 107 Benz's are not unusual, but this particular right-hand drive example is something special. Finished in its original livery of Silver Grey bodywork and Blue interior trim, it was first registered in October 1984 and then extensively restored during the 1990s and 2000s, since when it has been used sparingly. The refurbishment to the bodywork was carried out by Mercedes-Benz approved specialist John Clark Bodyworks of Wilton Road, Humberston and the car's substantial history file contains numerous images of the work carried out. The upholstery remains largely original but the rear squabs were renewed by Aldridge Trimming of Wolverhampton. The 5-litre V8 engine was overhauled by Mercedes-Benz specialists Swift Auto Centre of Grimsby. The overhaul of the independent suspension and rear axle was handled by the vendor himself, who trained as an engineer before pursuing an alternative career path. The brightwork was rejuvenated by Prestige Plating of Barnsley. The Dark Blue soft top has been renewed and the factory-supplied hardtop restored.

The vendor, a well-known figure in the Mercedes-Benz world, has retained the car for nigh on 21 years and has unquestionably masterminded its restoration with meticulous attention to detail, making it one of the finest we've seen for some time. It was among the first right-hand drive 107 SLs to feature factory-fitted air conditioning and is also equipped with automatic transmission, power-assisted steering and both soft and hard-top roofs. A decidedly fine example of the breed.

The third generation SL was launched in 1971. Over its phenomenal 17 year reign, the R107 range was powered by no less than eight different engines - two sizes of straight-six unit and six versions of Mercedes-Benz's silky smooth 90 degree V8. The V8-powered 500SL variant was manufactured from 1980 to 1989, and with 240bhp on tap was a genuine 135mph car, with ample reserves of effortless acceleration.
Share: