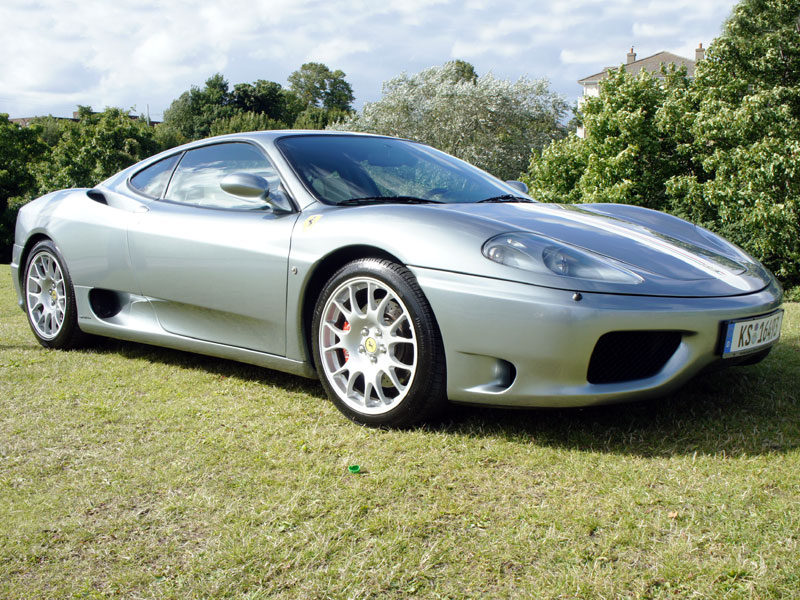 This striking LHD example, registering some 58,000 km on its odometer, is finished in grey with beige leather and was supplied new by Testarossa Cars SA of Madrid. An email from Ferrari Hanover states red brake callipers, rear challenge grill, front challenge grills, road legal roll bar, and 4 point safety harnesses were all factory specified. In 2003 the car was purchased by its second owner through Pozzi Charles SA in France via a dealer in Bayonne. In 2009 the car was registered in Germany where two further owners have been recorded. The vendor informs us the car will have received a cambelt service prior to the sale and that the service book contains 6 stamps, the most recent from a specialist in July 2015. Service stamps and receipts originate from France, Luxemburg, Germany and Ireland whilst the German TUV test expired in August 2015. Described as being in "very good" condition in regards to its bodywork, paintwork, interior, engine and transmission, the car is EU registered (German documents) and is accompanied by a complete tool kit and book pack including Ferrari torch and file of receipts.
Share: