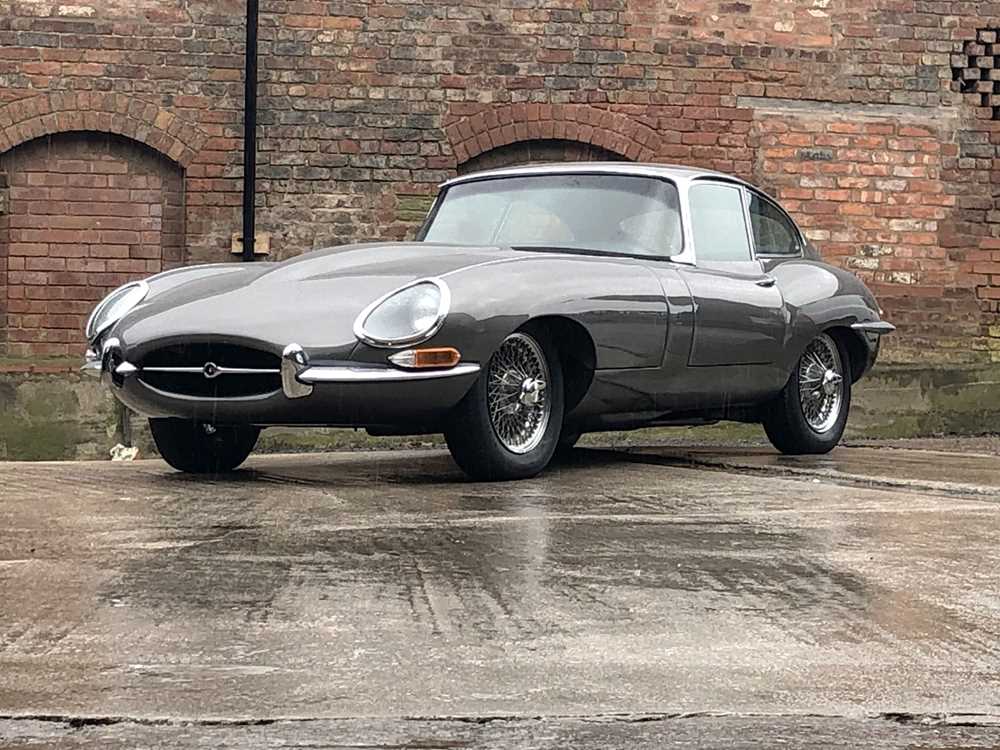 Finished in Opalescent Gunmetal, this E-Type was originally exported to the USA when new, the car was repatriated in 1989. Recent work has consisted of conversion to RHD, a professional repaint in Gunmetal Grey, plus the fitment of numerous new parts including seats, interior trim, doorcards, many of the chrome parts including wheels, and a stainless steel exhaust system. The engine has makers oil pressure but we are advised the electrics require attention. The E-Type has matching chassis and engine block although a replacement head has been fitted. With “very good” bodywork / paintwork and “good” engine, we understand the gearbox is noisy in first and whilst the interior is “very good” for the most part the headlining will need refixing. For sale through lack of time with other projects, with careful finishing and detailing this should be a fine example of a Series I E-Type. Offered with heritage certificate and all UK duties paid.

The E-Type made its debut at the Geneva motor show of 1961 and was the fastest production car of its time - its 3.8-litre straight-six engine allowing a 0-60mph acceleration time of a whisker over seven seconds and a top speed of 150mph. It initially sported the same 3.8-litre version of the ubiquitous XK engine that powered the last of the XK150Ss; this was mated to a manual four-speed Moss box, with synchromesh on the top three gears. The suspension was independent all round and the newcomer featured power-assisted disc brakes - inboard at the rear. A total of 15,496 3.8-litre E-types are said to have been built. The Jaguar E-Type was the sports car that put the swinging into the 'swinging sixties', that no lesser a man than Enzo Ferrari dubbed 'the most beautiful car in the world'.