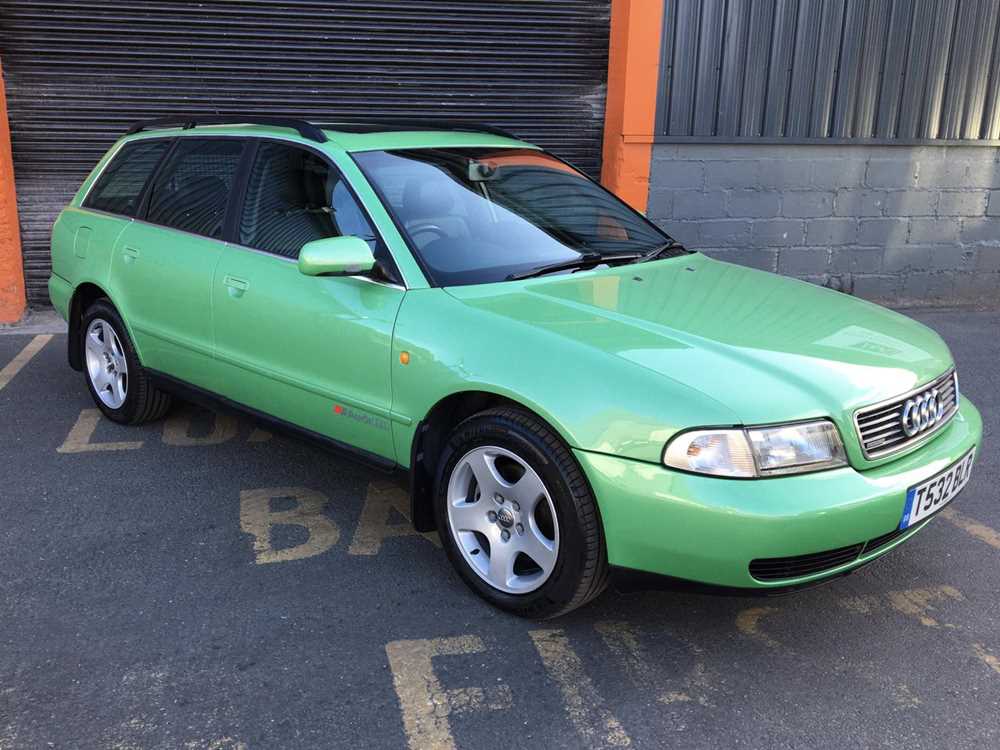 The first generation of the Audi A4 was known as the B5 and was offered as a sedan or 'Avant' station wagon. Fitted with a range of naturally aspirated and turbocharged inline-four and V6 engines, the original Audi S4 and RS4 are featured in this generation of A4. In 1999, the B5 Audi A4 received a mechanical and styling facelift before production of the B5 A4 ceased in 2001. The Quattro variant was considered the highest specification under the S4 and RS4 models, utilising the 2.8-litre turbocharged V6 with all-wheel drive allowed a 0-62mph speed of just 7.5 seconds, with stopping facilitated by vented discs at the front and disc brakes at the rear.

This A4 Avant Quattro was manufactured in 1998 and was delivered on the 31st of August 1999 by Audi Centre Windhoek, Nambia to a Ms. Schneider who owned the car for approximately twelve months before importing the car to the United Kingdom. Retaining it until 2001, ‘T532 BLR’ was passed to its second and only other keeper. Fitted with the 2.8-litre V6 engine with a five-speed manual transmission, the Avant is finished in the striking colour of Paradise Green with Black leather interior upholstery. ‘T532 BLR’ has covered a total of approximately 109,000 miles in the hands of its two keepers.

Well-specified from new with four-wheel-drive; sport front seats; leather-trimmed steering wheel; black roof rails; sound package; electric sunroof with sun-screen and ‘rough-road’ uprated suspension. ‘T532 BLR’ is offered with the book pack which includes the original stamped service book illustrating eighteen service stamps (and additional brake fluid changes), six from Audi main dealers and twelve from a French car specialist. Further provided with a V5C document and is due to have a fresh MOT certificate in time for sale.