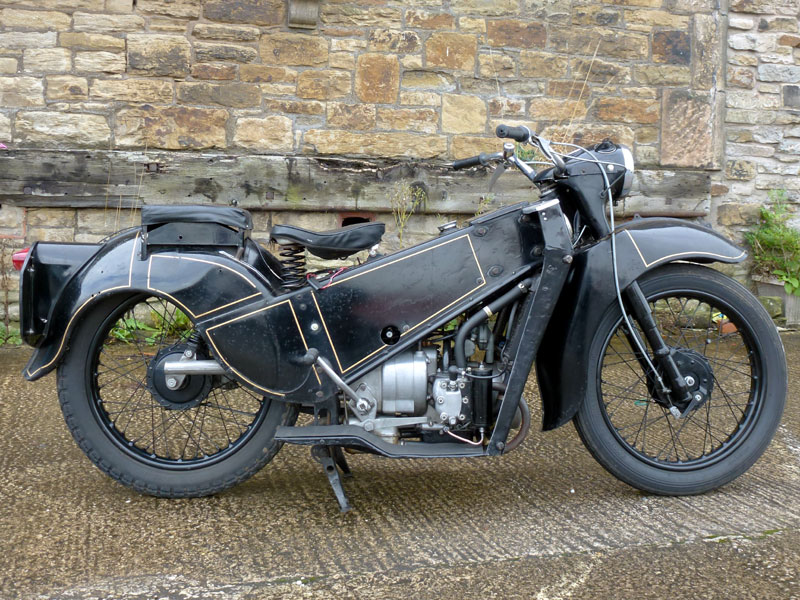 The Chief Engineer of Kent County Police called it ''the best motorcycle we ever had''. Velocette's LE model, forever known as the Noddy Bike due to its adoption by the Police forces of the day, was probably the final nail in the Velo's coffin currently then being manufactured by the Japanese invaders. Not because the 'everyman' bike was no good or unreliable or one of the many other things that the GBMI* had tried so hard to earn a bad reputation for, but simply because the bike, like most of Velocette's machinery, was so well designed, engineered and assembled; so much so that so little profit could be realised from their sales that the company eventually succumbed to impending demise like all of the other Great British Manufacturers of the day. A Rolls Royce with Austin 7 performance or a Corona when a Woodbine would do, the LE was too good for it's own good. A 'masterpiece' in fact as described by industry commentators then, and they may well yet be proven right if the growing admiration for this model continues.
The LE (Light Engine) catalogued here is one of 25,000 made, it has old and new style logbooks old mot's and invoices, and is described as 'all good' with 'average' black paint and bright work. An example from 1959 with the larger 192cc engine it still displays the 'clean to ride-easy to clean' design features. Partly faired engine, leg shields and deeply valanced mudguards although strangely enough no integral windscreen, a hint that these bikes were designed by real motorcyclists who may have considered one a tad too cissy. Of late these machines' values have increased with their popularity and if you want one the advice would be 'get one now'.